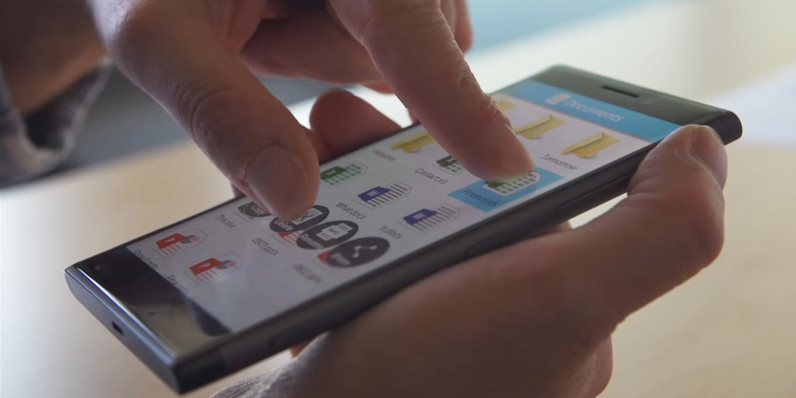 The folks at Microsoft Research are working on a new way for you to interact with your smartphone that involves a lot less touching than usual.

The idea is that you should be able to control apps, browse through content and adjust settings simply by gliding your fingers over the screen, without actually touching it.

That’s not entirely novel in itself – Samsung’s Air View allows some of this functionality in select apps that it’s developed, while Sony had shown off a similar feature called Floating Touch in its Android 2.3-based Sola handset.

However, Microsoft’s research is about allowing much richer interaction than these efforts, which only really allowed actions like scrolling through a Web page.

For example, hovering your fingers over the phone while watching a video will bring up playback controls – but doing so while gripping the phone with only one hand will cause the app to display only essential controls on the side that you’re holding the device.

It also allows for fine-grained control, such as selecting text without touching the screen, or tapping an item to highlight it and then hovering over easy-to-reach buttons with another finger to do things like copy or delete it.

This technology could also allow for more immersive experiences: browsers can be set to reveal hyperlinked text only when your finger hovers over the screen.

There’s a long way to go before you see this on a smartphone, as it’s still in the research phase. However, given Microsoft’s recent interest in innovative technologies like this – it showed off a full-fledged 3D scanning mobile app last year and a way to ‘holoport’ yourself anywhere with HoloLens – I won’t be surprised to see it become a priority for the company in the coming months.

The team at Microsoft Research will present its paper, entitled Pre-Touch Sensing for Mobile Interaction at the Association for Computing Machinery’s Conference on Human Factors in Computing Systems this month in San Jose.

Read next: Your Apple Watch can run Windows 95, but don't bother