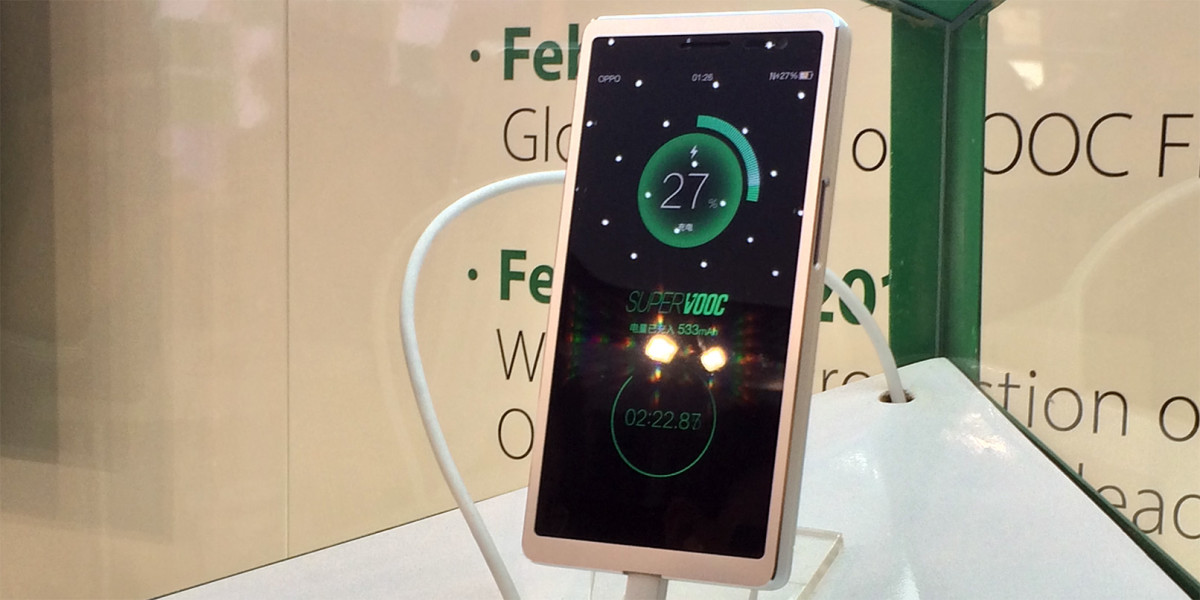 That’s crazy fast by any standard. On stage, the device equipped with Oppo’s new SuperVOOC technology went from 5 percent to 58 percent in just five minutes. That means you could effectively get about 10 hours of talk time even if you can only juice up your battery while you wolf down your breakfast before you head out for the day.

Oppo says its SuperVOOC technology uses a new low-voltage pulse charging algortihm to charge devices safely and without raising their temperature significantly. Custom hardware in the form of an upgraded battery and military-grade components in its charger, phone connector and cable help things along.

The company added that SuperVOOC also maintains low temperatures when you use your phone while it’s charging, and still top it up efficiently.

It’s an interesting prospect — batteries don’t seem to be improving fast enough to offer extended life while maintaining small sizes that are necessary for mobile devices, so this is perhaps the next best thing.

According to Oppo, SuperVOOC is superior to rival quick charging technologies offered by processor makers Qualcomm and MediaTek because it operates at a lower voltage and negates the risks of overheating.

While no new models have been announced with this tech, Luma Lu, Oppo’s technology planning director, told TNW he is confident the company will be able to ship devices with SuperVOOC later this year.

Read next: Instagram mini-series on David Bowie's final album kicks off this week