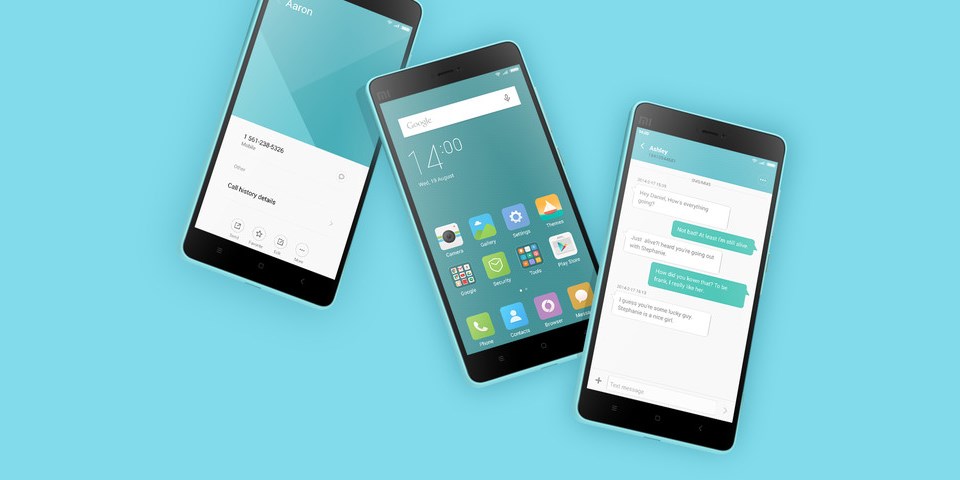 The company says MIUI 7 offers up to 30 percent faster response time when launching system apps and a 10 percent increase in battery life for the average user.

Here’s a run-down of some of the notable features in the new MIUI OS:

There are four new system UI themes that change the way icons, menus and other graphic elements look. You can choose from Rosé, Pink Blush, Ocean Breeze and High Life.

You can also use Muse, the new theme creation tool, to customize the interface the way you want, complete with animations and dynamic content. Xiaomi says it now has over 15,000 themes available in its store.

The lockscreen has got a nifty update too. You can set it to display an animation of the current weather in your area or use replace the background with a new image every day.

A new feature called Showtime lets you assign five second video loops to contacts, which show up instead of a static image when they call you.

For Mi Band owners, a handy ‘Auto Do Not Disturb’ feature turns off notifications when the tracker detects you’re asleep.

The company is also bringing its visual IVR service to India, which shows you menu options for more than 50 services when you call their automated customer care lines. On the roster in India are Snapdeal, HDFC Bank, Microsoft, Pizza Hut, McDonald’s and Indian Railways.

There are also a couple of features that parents might appreciate. Child Mode lets you whitelist apps that your kids can use, while restricting access to email and messages.

The new Baby Album feature recognizes babies in photos and groups those pictures together so they’re easy to flip through or view as a slideshow on your lockscreen.

Xiaomi has also integrated Opera Max’s data saving technology, which helps reduce data usage on mobile and Wi-Fi connections across most apps by up to 50 percent. Opera updated its service yesterday to compress videos on YouTube and Netflix.

MIUI 7 will be available in beta starting August 24 for the Redmi 1S, Redmi 2, Mi 4, Mi 4i, Mi 3, Redmi Note 3G and Redmi Note 4G. What’s not yet clear is whether all these devices will receive the new OS on top of Android Lollipop only, or older versions as well.

The company claims that over 150 million people have used MIUI across the globe since it launched in 2010.

Read next: Xiaomi users in China will get the next killer mobile feature: on-demand roaming data

Read next: Armed police turn up at Mumsnet co-founder’s house after DDoS and ‘swatting’ attacks