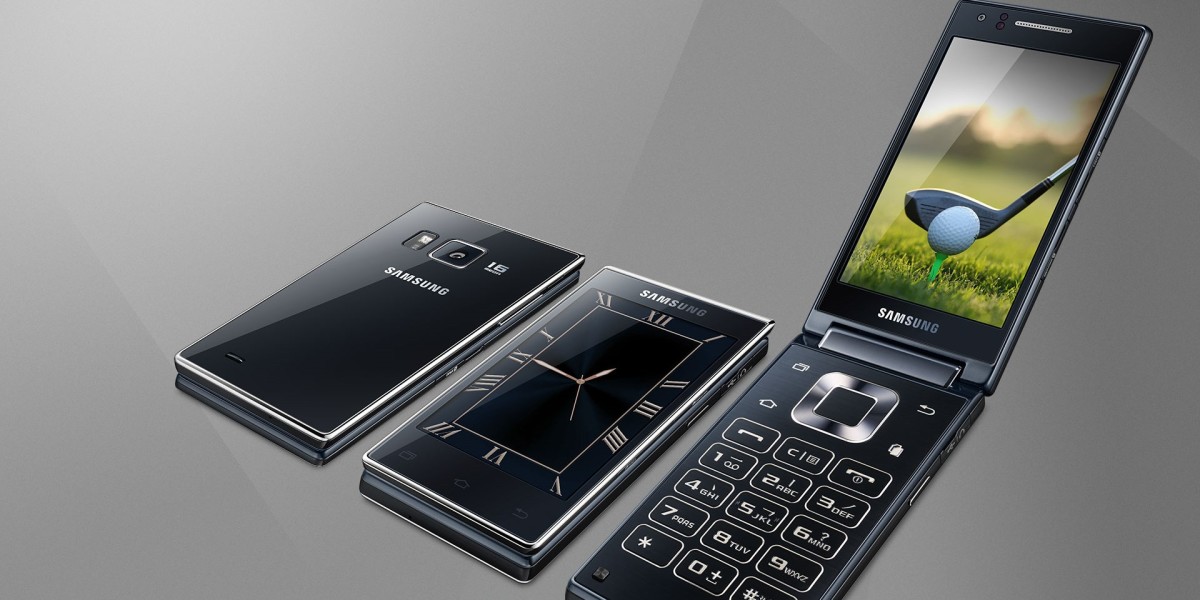 If you looked at the image above and checked your calendar to see if we’ve gone back in time, you’re not alone. Samsung went full retro in developing its latest clamshell handset for the Chinese market, packing two screens into a compact Android device.

The 4G-capable dual-SIM phone has a 3.9-inch 720p Super AMOLED screen on the front, and you’ll find an identical screen when you flip it open. There’s a full physical keypad for old-school users too.

On the rear, you’ll find a 16-megapixel camera with a wide f/1.9 aperture; the front cam, located above the inner screen, is a 5-megapixel shooter.

The G9198 is powered by a Snapdragon 808 1.8GHz hexa-core processor coupled with an Adreno 418 GPU, and comes with 16GB of onboard storage; you can add up to 128GB more with a MicroSD card.

Samsung hasn’t yet announced how much RAM this device has, nor its Android version and pricing. Still, it certainly trumps LG’s low-end offering, the diminutive Wine Smart.

The G9198 will launch in China later this month.

Read next: LG’s Android Lollipop flip-phone brings back the 90s

Read next: Included.co helps independent workspaces take on the giants of the coworking world