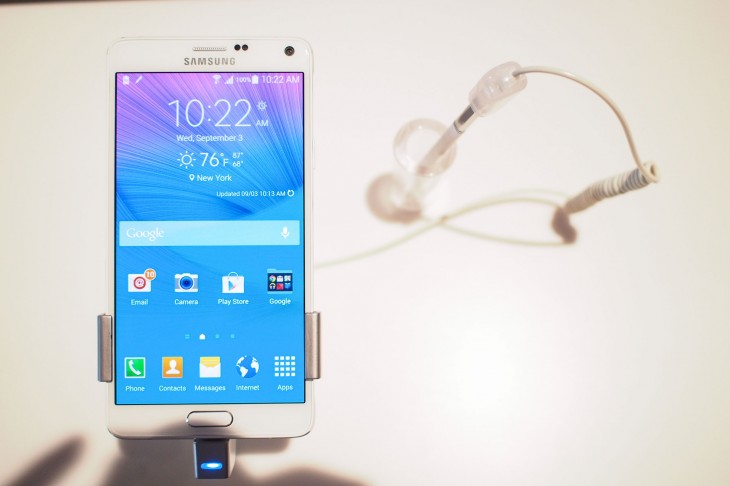 Samsung has confirmed that the latest in its line up of phablet devices – the Galaxy Note 4 – will be available to pre-order for customers in the UK from tomorrow, and will be on retailer’s shelves near the beginning of October.

Samsung Experience Stores across the UK will be allowing pre-order signups, but if you wanted to reserve one via a regular online or high-street retailer, you’ll have to wait until September 26 to get your orders in. Regardless of where you order, it’s due to go on sale nationwide from October 10. Samsung didn’t say exactly how much it would cost, though.

There’s no word on when exactly it will go on sale in the US as yet, but we’d expect it to be sooner rather than later, as Apple’s huge iPhone 6 Plus is also going on sale tomorrow. As a result, Samsung will not want to waste time getting this 5.7-inch device to market. We’ll let you know if we hear back.

Update: The Galaxy Note 4 is due to go up for pre-order in the US tomorrow too, but won’t arrive until October 17,  Samsung confirmed.