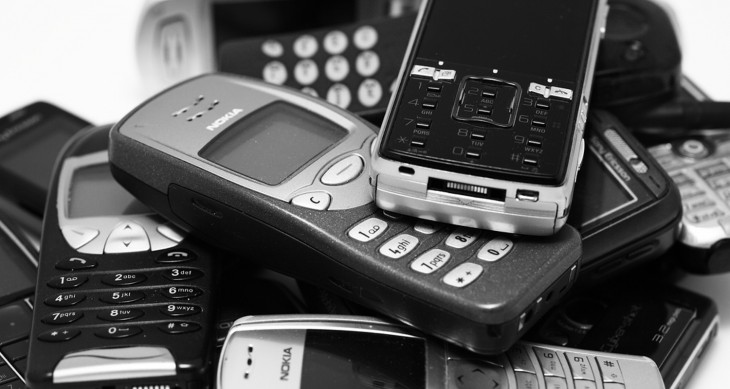 A study out this morning says that the UK is a nation of phone hoarders.

The numbers, based on research by One Poll and presented by the mobile and tablet recycling site SellMyMobile, calculate that £6.86 billion ($10.7m) worth of phones are unused around the UK and that the average mobile user has 2.06 phones at home.

One Poll’s sample size was 2,000 people adults evenly between the US and the UK. The research was conducted between January 14 and 17 this year. The figures for the UK were calculated through the average value of phones on SellMyMobile’s site and then multiplied by mobile phone users in the UK and the average number in each home.

The numbers are not so surprising. If you’ve switched phones, you’ll often keep the last one as a backup or share it with a spouse, significant other or hand it on to your offspring.

Indeed, nearly 53 percent of respondents said that they keep a spare as insurance in case their current phone breaks – a figure that is slightly higher (57%) among 18 to 24 year olds polled.

14.9 percent in the study said that they kept unused devices because they are concerned that ‘personal data will be jeopardized’ and 11.8 percent did not know how to wipe the data from their phones.

Though the results are an extrapolation, it does point to some wider trends. According to the report, 78 percent of mobile users in the UK have one unused device and over a third have three or more.

Reasons for keeping the old models

Naturally the research does well to highlight that you can sell your mobile through the site that commissioned this study. But it does also point out a few weaknesses for mobile phone owners.

Most people don’t read more than the startup guide on a new handset and so it is unlikely that they will have done their homework on erasing data or finding a good way to dispose of a phone.

SellMyMobile is one of the options available for getting some cash back from your old phone. The company says the Apple iPhone 4, 16GB was the most traded model on its site in January and it was fetching £139 – not a bad start toward paying for the next phone.

Martin Lewis, and his Money Saving Expert site has some decent advice about trading in via assorted recycling services. There’s a host of them in the UK and the amount of money they offer varies.

Lewis points out that much older models don’t tend to return much money and that phones need to be in good health to command the full prices advertised on sites.

There are also many ways in which you can hand on your phone through charitable means. It won’t make you any money, but you might feel good about it.

If all else fails of course there’s always eBay.