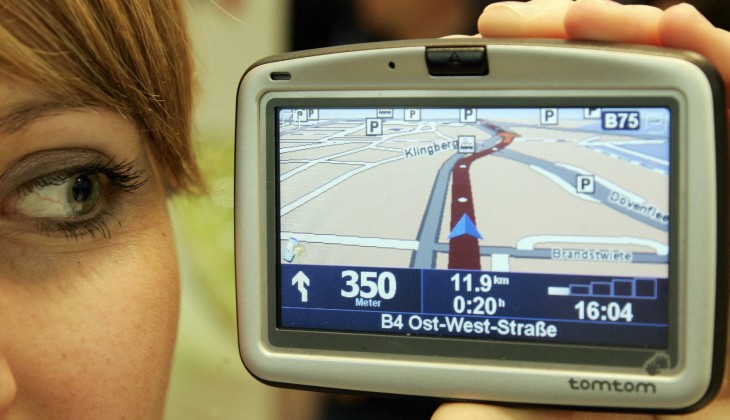 Today, TomTom is launching a new Location Based Services platform and a Developer Portal that is designed to give app developers easy access to its mapping content and the tools to use it properly.

Access to great mapping data and the tools to display that data is an incredibly powerful thing in our new mobile-centric world. Every major platform has its own mapping affiliation, whether it be Google Maps, Apple Maps, Nokia Here, Bing or a combination thereof.

And that doesn’t even take into account the dozens of smaller players offering great niche and crowd-sourced products like Mapbox and OpenStreetMaps.

Into this morass wades TomTom. Long a purveyor of consumer GPS devices and mapping data, today’s announcement means that TomTom is really throwing its hat into the map development ring.

I spoke to TomTom VP of Location and Live Services Dan Adams and LBS Product Unit Leader Matt Barnum about just why the company wants to get into this arena, with such heavy hitters already jostling for space.

Adams says that TomTom’s reputation as a mapping data provider has “earned it a seat at the table, but we know it’s not going to be easy. We’ll have to innovate faster than ever.” 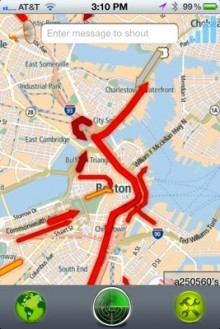 They’re well aware that there are titans at war here, but feel that there are opportunities available for a mapping provider that’s not Google or Nokia, both of whom offer SDK’s for both Android and iOS developers. The opportunities exist on the individual developer side of things, where they’re able to offer pre-built tools based on what they use themselves to make apps from small teams that much better. And also on the corporate end, where larger companies get the advantage of maps that are continuously updated by end users via TomTom’s MapShare program.

There are two basic things that TomTom is hoping to accomplish with the launch of the LBS platform and Dev Portal:

The data is good. TomTom has been doing this for longer than Google, longer than Nokia, and far longer than most other third-party companies. Apple licenses some of the TomTom data for its own maps, but what it does with it is its own problem (and it’s not the POI stuff either). The data has never been a problem, but it has been difficult to deliver and slower to update.
Gone are the days of shipping out DVDs and waiting for update cycles for map data. Now, the cloud-based LBS platform can deliver up-to-date mapping data on a rapid release schedule as its encoded and verified.
In addition to the data, the Developer Portal will give access to the APIs and SDKs that TomTom uses itself to build its apps for GPS devices, the web and other mobile platforms. That includes tools for map display, routing, traffic and geocoding.

The map display web service delivers WMS-style raster maps based on TomTom’s flagship MultiNet map database. The tiles are pre-rendered at 18 zoom levels, ranging from a single global tile to 305×305 meter detailed map images. And the TomTom SDK can use data sources from any feed that supports the integer mapping API or a WMS API, unlike the native iOS mapping SDK.

Its geocoding web service allows for both free text forward geocoding and reverse geocoding. That makes it easy for developers to find a location from a point of interest or from a set of coordinates.

Point-to-point routing, traffic data, iOS, Android and JavaScript SDKs are all part of the package.

And the coolest thing about the platform is that TomTom is still going to be getting the benefit of the feedback from all of its end users whether native or API-driven. This will give them data in return that they can use to improve their mapping. The benefit is strong here for commercial clients who may not have much of a fleet to tap into for corrections, but who will still get the benefit of the millions of TomTom users worldwide.

I drew a diagram explaining the benefit of this feedback system:

Adams says that the new Developer Portal and LBS platform are all about giving TomTom the ability to license its technology as well as its data. It has been building powerful ways to display things like traffic and mapping data for its own internal use, and now it’s turning out its coat and offering those to developers. This puts the power of a much larger mapping company in the hands of even small developer teams.

If your’e a developer of a mapping application and this sounds interesting to you, you can check the tools and data out through a free trial program which includes an API key through the site at developer.tomtom.com. The pricing is pay-per-use and TomTom says that the pricing is ‘in line’ with other LBS platforms.

The mapping arena is only going to get more crowded as time goes on, and those that wish to build small mapping apps using an SDK from one of the big guns just got what looks like another great option. And corporate programs just got another fresh source of data with its own feedback loop.

Read next: Your own personal concierge, Sivi picks up where Siri left off, helping you become more productive