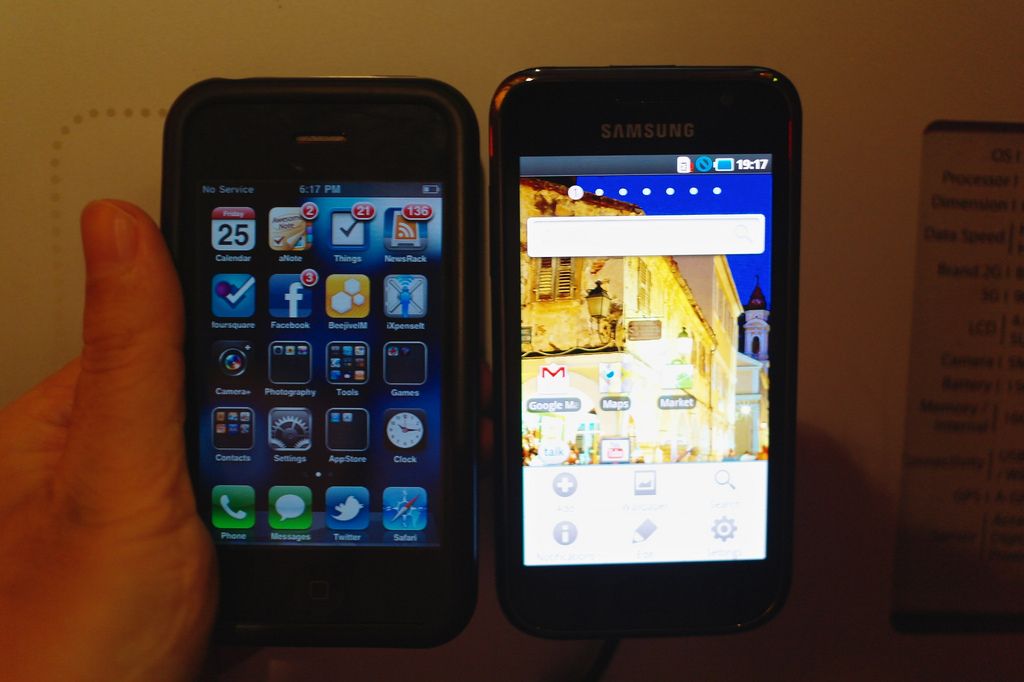 If you own a smartphone, the chances are it is an iPhone or powered by Google’s Android operating system. That observation has rung true for some time but the two platforms have taken their domination to the next level, after IDC found that together they now power a record 85 percent of all smartphone shipments.

Apple posted year-on-year shipment growth of 27.5 percent, but that translated to a 1.9 percent market share decrease unlike its rival OS, which more than doubled shipments to 50.8 million units in Q2 2012.

Samsung, the world’s biggest handset maker, unsurprisingly accounted for the lion’s share of Android phones. The Korean giant alone made up 44 percent of smartphones shipped across the industry.

IDC notes that Apple’s growth, though in double figures, was “not enough to keep up with the overall market.” With the buzz from the iPhone 4S launch in October 2011 long since quietened, it’s no surprise that Apple lost some momentum. Added to that, rumors of the next iPhone launching on September 12 are likely to have have impacted shipment volumes as consumers decided whether to hold on and wait for the next generation phone.

While the two top dogs kept on growing, there was distinctly less positive news for former industry stalwarts (Nokia-owned) Symbian and BlackBerry, both of which saw their shares of shipments drop below 5 percent. The fading platforms now account for 4.4 and 4.8 percent respectively, down from 16.9 and 11.5 percent in Q2 2011.

That drop has given BlackBerry-maker RIM its lowest share since 2009, while Symbian’s 62.9 percent year-on-year drop in market share is the steepest IDC has ever recorded.

It is likely that the continued popularity of BlackBerry and Symbian in emerging markets — where they are cheaper than mid- and higher-end rivals — is propping the statistics up. However, Android sales rates are growing in key growth markets like Asia and the Middle East, which will continue to eat into their numbers, the report says.

In line with this, Microsoft’s Windows Phone 7 (and Windows Mobile) platform closed the gap on BlackBerry thanks to 115 percent growth in shipments. That surge, IDC says, is primarily down to interest in Nokia’s Lumia series.

The full data is below. We added annotations as the original IDC chart is without them:

Apple missed its second quarter financial estimates but posted revenues of $35 billion and profits of $8.8 billion. The company revealed that it sold 26 million iPhone and 17 million iPads during the three month period.

Samsung’s Galaxy S 3 smartphone was the quarter’s stand-out performer after selling 10 million units in less than two months of launching.

Read next: Watch: The moment Kim Dotcom's mansion got raided by police