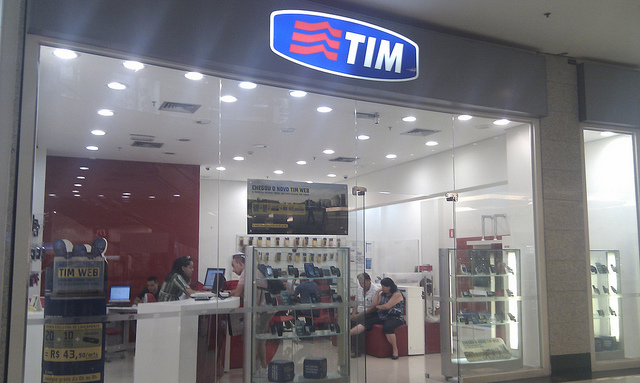 Have you ever found yourself in an area where cell phone reception is less than ideal? If you are a Brazilian client of the Italian mobile operator TIM, the answer may be “yes,” especially in some Brazilian states.

While this also happens in other countries, what’s interesting here is how the Brazilian government is reacting to this situation: earlier today, the country’s Communications Minister Paulo Bernardo threatened to prevent TIM from selling new mobile subscription plans, the Brazilian magazine EXAME reports.

According to Bernardo, he will put his threat to execution if TIM fails to make the necessary investments to improve its service, which is unsatisfactory in six or seven states. “We will have to sign an undertaking agreement with the company, together with the [national telecommunications agency] Anatel,” he declared while answering a question about customer complaints on mobile services during a breakfast with young entrepreneurs.

This isn’t the first time Bernardo has criticized TIM; in June 2011, he already attacked it for suffering three major failures in less than a month. According to Anatel, TIM was Brazil’s second largest carrier last May, with 68 million active lines and a market share of 26,89%.

The operator informed EXAME it had no knowledge of plans to sign such an agreement, while pointing out that Anatel routinely monitored the service quality of all carriers. We have also reached out directly to TIM for comment, and will update this post accordingly.

Update: In a press release the company forwarded us, TIM declares that has been investing $1.4 billion (R$3b) a year for the past 4 years, mostly directed towards infrastructure. In addition, the carrier is working on improving its service in Brazil, for instance by deploying 10,000 Wi-fi hotspots by the end of the year, alongside other infrastructure-related initiatives.

Read next: Seattle, meet the Bing Fund: a hybrid angel fund and incubator