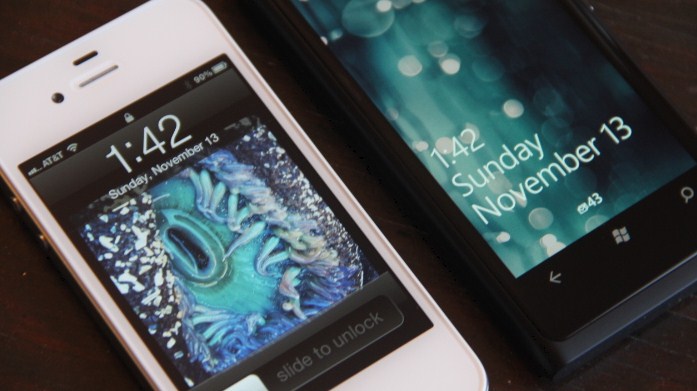 Listen up, Windows Phone fans, the Lumia 900 is on the way. If you don’t mind setting up a new two-year contract, you can snag one for a mere $100 on April 8th. However, if you want to pick one up without a contract, the bill will come to $449.99.

To put that price in perspective, the HTC Titan II, another Windows Phone handset that is also launching on AT&T that day, will cost some $549.99 without a contract. For even more context, off-contract iPhones, depending on their capacity, cost between $649 and $849.

Right, what does this mean for the Nokia handset? This price point underscores the fact that the handset is simply cheaper to build than other flagship phones; its $100 price tag with contract is not a ruse, the phone is simply less expensive. Price is one of the critical components of how a phone performs, so this is an important distinction.

Nokia is pitting its Lumia 900 against other $100 (with contract) phones, such as last year’s iPhone. This puts it among stiff competitors, but not the highest tier. In other words, Nokia is putting up its biggest bet against other firm’s lesser offerings. It could just work, allowing Nokia to move piles of phones.

To keep you fully in the loop, that Nokia has selected AT&T to be its best friend in the United States, carrier-wise, has caused some people to sit up and shout. They are right, but AT&T also provides Windows Phone with a unique potential to break from its current sales levels, and reach a new plane.