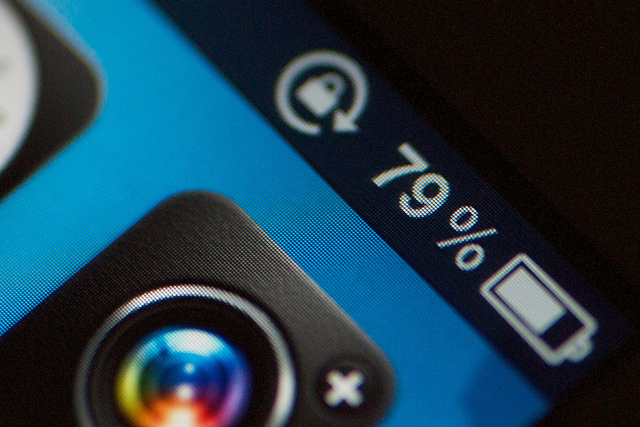 What do you look for when you choose a new smartphone? Ease of use? Apps? The number of features it offers?

According to a recent US study in by global research specialists J.D. Power suggests it’s all of those things, but by far the most dissatisfying aspect is how poor the battery life has become on such devices.

Given that modern day smartphones are more powerful than the computers that sent man to the moon, the capabilities of the common Lithium-Ion battery have been called into question. In the J.D. Power survey, 7,080 smartphone owners echoed this sentiment, ensuring that battery life become one of the few attributes that have declined greatly from previous years (falling to 6.7 in 2012 from 6.9 in September 2011.)

Are smartphone batteries really that bad?

Smartphones are so-called because they are smart devices. They are constantly connected to a 3G network (at the very least) and are designed to offer third-party applications to utilise those connections and extend the use of the handset. This invariably means that you will use the device more over the course of the day, in turn running the battery down.

However, vendors will outfit their handsets with batteries of varying capacities. That said, a full day’s use on a smartphone will typically give you between 12 – 24 hours of battery life.

When the iPhone 4S was released, PC World performed a battery-life comparison with other top-selling smartphones on the market. The results ranked Samsung’s Epic Touch 4G top with 7:22 (hours and minutes), followed by the T-Mobile MyTouch 4G Slide with 6:33 and the iPhone 4S lasting 6:14. The test involved continuously playing a video file until the battery gave out.

The Epic Touch has an 1800mAh battery, the MyTouch 4G Slide has 1520mAh and the iPhone 4S holds 1432mAh, so you could say the results are to be expected.

The iPhone runs Apple’s proprietary iOS mobile operating system, whereas the other two Samsung handsets utilise Google’s Android platform. Thanks to the multitasking ability and openness of Google’s OS, apps are able to perform more actions in the background and poll mobile networks more regularly for data, suggesting that the iPhone would perhaps offer better standby time.

Really, it all comes down to the individual use case.

The rise of 4G networks

Currently, the majority of smartphones are equipped to access 3G or 3.5G HSPA+ networks. However, with major US operator Verizon set to introduce only 4G-capable smartphones for the rest of 2012 and other carriers announcing their plans to build-out their LTE 4G networks, that is set to change.

This means more data-hungry smartphones and it could pose a problem for consumers if vendors don’t do something about it.

Apple’s support for 4G networks in its new iPad surprised many, given that the technology is notorious for sapping the battery out of any device that supports it. However, to mitigate this, it ended up outfitting its new iPad with 11,666 mAh of battery capacity, almost double that of the iPad 2, to keep a 9 hour charge when used on 4G networks.

Luckily, the Cupertino-based company was able to keep the same slimline feel of the iPad, and not compromise on size.

That’s not so easy for smartphones, they don’t have the same 10-inch form factor of a tablet. Vendors can still outfit devices with more battery capacity, but depending on how they are used, consumers are still likely to be disappointed by their battery life.

With the feature phone and smartphone markets roughly at 50/50 in terms of penetration worldwide, many consumers still expect a good few days on a full charge if they are migrating from their trusty old Nokia.

As the smartphone market continues to grow, consumers are going to be faced with a trade-off. If they want faster download speeds, it is inevitable they will battle with the fact their device’s battery will take a hammering over the course of the day. If people want increased battery life, then they will need to stick to 2G and 3G networks, at least until they are phased out in favour of their faster counterparts.

Vendors are introducing new controls to effectively monitor device usage and minimize the impact of constant 4G connections, but they is rendered useless when the device is in use. There are also new battery technologies in development that could end our battery woes, but they are some way off becoming the standard.

J.D. Power’s study shows that if a brand can deliver decent battery life, they will be more likely to see repeat custom from that customer. This suggests that we do now hold battery life as high as any other aspect on a smartphone, despite the fact they now support awesome new 3D technologies, sensors that mean you don’t have to touch the screen and can make payments simply by waving in front of a sensor.

This is also backed up by our own Facebook Poll, which shows that just 17% of respondents want 4G over improved battery life.

What do you think? Is battery life one of the most important features when you pick a new smartphone? Let us know by voting in our poll which can be accessed by clicking the image below: