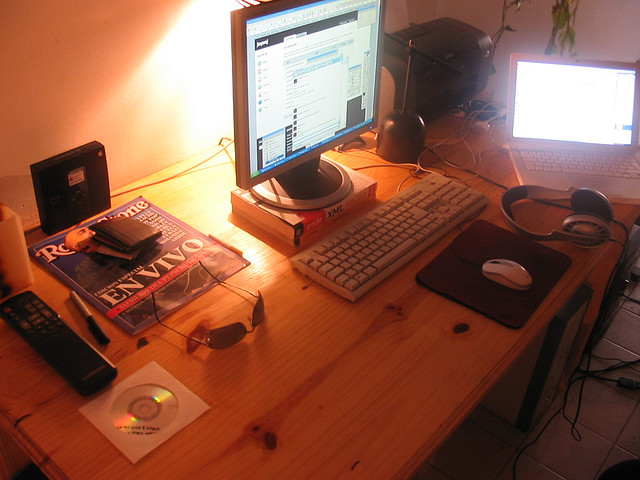 What if you could run around town with your Android phone using it like you normally do and when you get to the office all you have to do is dock it and start your day? That’s exactly what Ubuntu wants to do with its pitch to Android handset manufacturers to embed the operating system into its devices.

Ubuntu for Android is a full-featured operating system for desktop computing and all you would have to do is dock your phone to use it.

In addition to a desktop operating system, all of the functionality from the phone would be available to you at the click of a mouse. If your phone gets a call or text message, it would pop up on the external monitor you’ve set up to use it. As we noted yesterday, Apple is taking a unification approach to its mobile and desktop operating systems, and this Ubuntu solution would be even better since it doesn’t require two devices:

While the operating system isn’t available right now, Ubuntu wants to get consumers excited about it so the pitch to handset creators will go that much smoother for it. Ubuntu states that a desktop environment hosted only on the web on devices such as netbooks haven’t gone over well with consumers since the desktop requires horsepower and storage for optimal productivity.

The approach makes total sense and I could see Android handsets jumping on this bandwagon. One device that provides multiple functions, especially business functions, could become extremely attractive to IT professionals who are looking to control the costs within their organization. Instead of providing each employee with a desktop machine and a mobile device, all they’d have to do is provide them with a phone. Since employees would only be using one device, there would be less security concerns as well as issues with syncing things like calendars and contact information.

As mobile phones get more computing power, the one device approach is becoming a reality and it’s one that I’d be interesting in giving a try. Even though Google does a great job at syncing information, I’d much rather only have to worry about having one device that could replace my laptop with nothing more than a few peripherals that I can leave behind when I’m on the road.

There’s no time-frame for when we could see Android handsets with this capability but if the company can prove that consumers want something like this, it’s a no-brainer for handset manufacturers.

Read about the latest apps right now at TNW Apps.

Read next: Apple is extending the sandboxing deadline to June 1st for Mac App Store developer