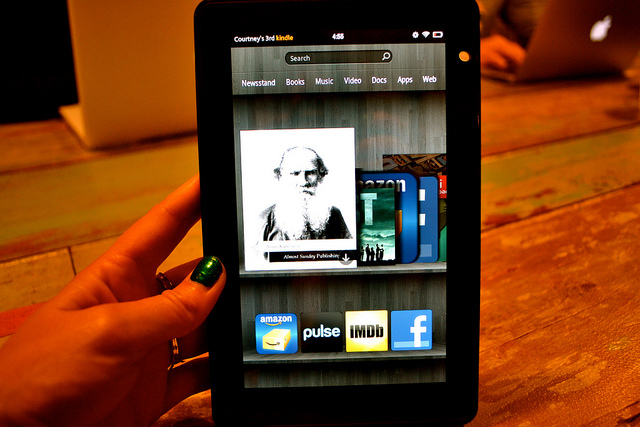 Amazon’s range of e-readers and tablets continued to help boost the company’s revenues over Thanksgiving after the world’s largest retailer announced that its new Kindle Fire tablet was the top-selling product across Amazon.com on Black Friday.

Sales of the Android-powered tablet quadrupled sales of Amazon’s Kindle Family compared to the same period last year, despite only being on sale for 8 weeks.

The Kindle’s Thanksgiving success wasn’t just limited to Amazon’s own website; both Target and Best Buy reported increased demand for the Kindle Fire tablet over the Black Friday shopping period. Nik Nayar, vice president merchandising at Target said that the Kindle Fire was so popular, sales of the device outperformed all other Android devices at its stores:

“This was a great Black Friday for Target and for Kindle Fire, which was the bestselling tablet in our stores on Black Friday.

Sales of Amazon’s Kindle range are only set to increase as Christmas approaches, helping establish the company as a leading device maker, not just a content provider.

Read next: This Korean firm is serving news topped with insight from the blogosphere