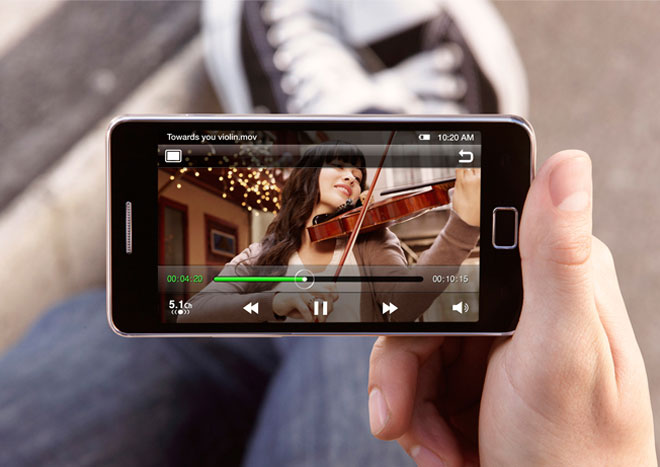 Maybe I’m a bit biased, but seeing as I am the owner of both a Samsung Galaxy S II (SGS2) and an iPhone 4S, this new commercial by Samsung tickles my interest in ways that no other smartphone commercial can. How? By combining both phones into one awesome advertisement that is sure to make owners from each side giggle at the stereotypes presented.

In the video below, a line of over-anxious customers apparently waiting for the next iPhone are wrapped around the block, nine hours before the phone actually releases. Surprise. In this line, you’ll find your stereotypical early-bird campers and fanboys, all singing their various praises for the Apple device (though never clearly admitting they’re actually in line for the iPhone — legal reasons, maybe?).

The campers are soon distracted by the impressively-large screen of a mobile user nearby who appears to be watching a video on her phone, the SGS2. More campers are stunned as another passerby carrying the SGS2 pauses to hail a cab, immediately asking to get a closer look at his device.

Basically, it’s a hilarious and clever concept. And not that I enjoy encouraging this sort of thing, but I’d be happy to see Apple come back with an even better and more-creative commercial in return. All in the name of new and innovative marketing campaigns, right? Right. Your move, Apple.

Take a peek for yourself in the video below.