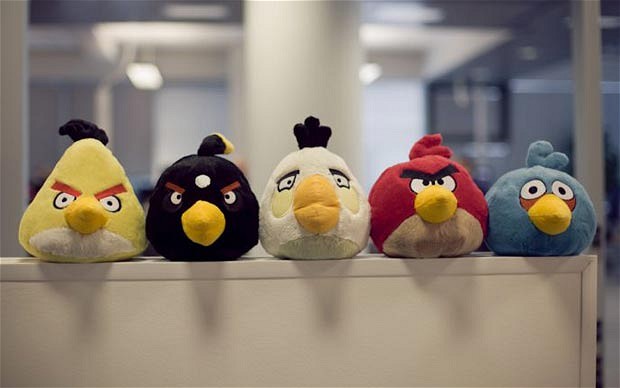 Wibe Wagemans, senior vice president at Rovio, revealed the company’s plans in a recent interview, noting how it was aiming to convert its digital accomplishments into the real world. Rovio is already working on bringing an Angry Birds film to the big screen and has also enjoyed success with sales of plush toys, clothing and accessories.

“It’s tying in the real world with the virtual world,” Wagemans said. “Retailers get new customers who’ve not been to their stores yet, and repeat customers.”

Having leader boards encourages customers to play “Angry Birds” on their devices at the store, so they can see their scores spotlighted, he said.

Despite Rovio’s revelation, Starbucks has been coy on its partnership with the Finnish company. However, the company has begun offering a range of virtual and digital goods to customers, something that Rovio would compliment.

The leaderboard idea isn’t a new one, it has been employed at various Barnes & Noble stores this year. Gamers with one of the company’s Nook e-readers can choose to receive a free virtual in-game item – a Mighty Eagle – which can help players progress past a particularly difficult level.

Tens of thousands of people have received Mighty Eagles in stores and more than 10,000 people have spent more than 30 minutes playing at Barnes & Noble locations, boosting the stores’ foot traffic, Wagemans said.

As a result, retailers are seeing more time spent by customers at their stores, increasing the money spent – said Rovio’s SVP.