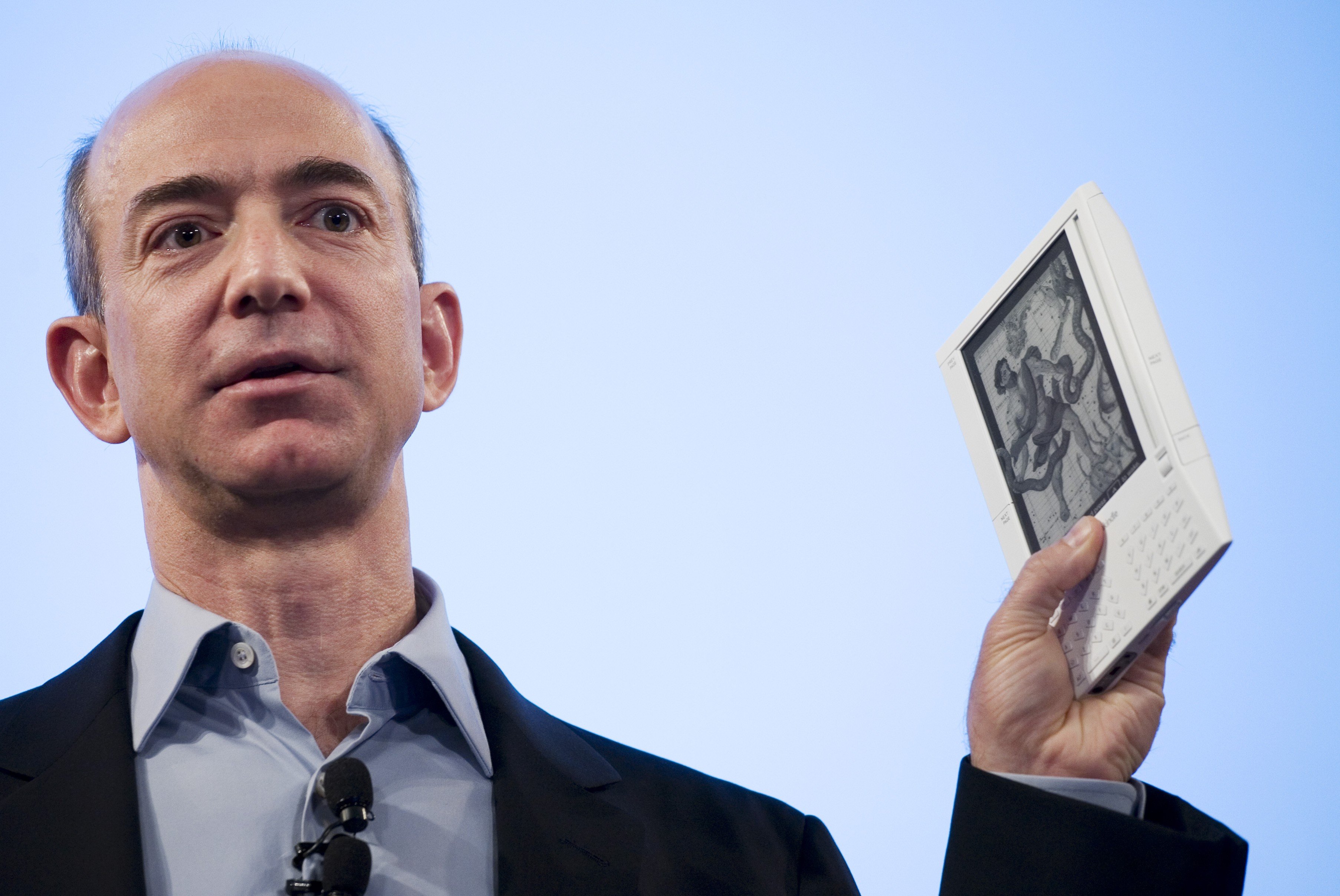 Last week, Apple saw HP, another of its competitors, in the tablet market literally pack up its stall, put away all of its stock and decide that selling portable tablet computers and smartphones wasn’t something it wanted to do any more.

Prior to the decision to quit making webOS tablets and smartphones, the Wall Street Journal provided an insight into the situation HP was facing when it reported that US retail giant Best Buy had sold just 25,000 units of its 270,000 TouchPad’s in stock, less than 10% of its inventory. Low sales by any manufacturers standards and a stark contrast to Apple’s iPad, a device stock sells out as soon as Apple or its partners receive stock.

HP’s first move when it announced the end of its mobile devices was to declare it would continue to maintain its webOS mobile operating system, seeking partnerships with manufacturers to help push its mobile platform forward by attracting more end-users via more establish smartphone vendors, in the hope that developers would consider porting their applications to webOS to satisfy the demand of new webOS users – strengthening the ecosystem as a result.

HP customers were understandably upset; many had invested in HP’s webOS devices because the platform was backed by a massive computing company and that it could be a solid alternative to Android, that felt as polished as Apple’s iOS software, only to find that they had a device that its maker no longer wished to continue making.

It was compounded when, just hours after its decision to cease development of webOS mobile devices, HP issued orders to its US and Canadian partners to start a “fire sale” of its TouchPad products, slashing prices by $250.

The decision to sell off TouchPads at $99 and $149 whipped consumers into a frenzy, HP’s own website quickly sold out of its remaining stock, as Walmart and other major US retailers saw units fly off the shelves. In just over 24 hours, it’s reported that over 350,000 devices were bought – one Best Buy store in California telling me that they sound 140 TouchPads in an hour – recouping some of the $100 million in losses HP is predicted to incur as a result of reimbursing sales partners but also those who paid full price for the TouchPad prior to its death notice.

The computing giant is expected to issue the same order to its partners worldwide, spurring massive demand for a device, including consumers who may have never considered buying a tablet before. With the price so low, many will buy the device simply to own a “modern” tablet, even if it might not be fully supported in the future.

Ultimately, it’s a testament to what Apple has done with the iPad; it seems consumers only want to buy a tablet device if it is made by the world’s biggest technology company. However, as with any market leading product, there will be no shortage of vendors aiming to mimic what Steve Jobs and co. did with their new mobile devices, one of them being Amazon.

The world’s biggest online retailer is soon to launch its own tablet devices, but instead of competing directly on strength of software and build quality, the company is almost certainly going to utilise the business model that ensured its Kindle eader became a roaring success – undercut each one of its rivals on price and then recoup its losses with additional value-added services.

Sarah Rottman Epps, a technology research specialist at Forrester, talking with The Next Web earlier this month, believes that Amazon has the biggest chance of disrupting Apple’s dominance in North America, based largely on its ability to purposefully record a loss on its device sales as it aims to boost sales of its other products and services.

In effect, Amazon hopes to capitalise on the behaviour demonstrated by consumers that have been hunting down HP TouchPads over the past couple of days, and it could just work.

How low can you go?

Pricing the TouchPad at $99, HP is making a significant loss on every device it sells. The company will have planned for such losses, even if it is left $100 million in the red.

Amazon looks to have a different approach. Whilst the company has been extremely secretive about its plan, numerous sources close to the project have helped to paint a picture of how the retailer intends on ensuring it can keep its increase its margins, whilst innovating on price and features.

PCMag’s Tim Bajarin, citing sources close to Amazon, says that the retail giant is to make sure its tablet device has the “best reading experience of any tablet on the market,” utilising low-cost parts from lesser-known manufacturers to maintain margins but also ensure its output remains unaffected by rival tablet vendors that have tied up production output in the major manufacturing plants in Asia.

Bezos and his team are thinking about deploying a radical new business model for their tablets. First, to make the tablet’s price really attractive to users, Amazon may actually sell it for as much as 20 to 25 percent below cost. In this situation, think of the tablet as a razor and the Android Appstore, UnBox movie service, and music service as the blades, which can be sold to users over and over again. As I understand it, the idea is to have users’ purchases applied to the their tablet through a two-year amortized program that would cover any lost physical cost of the tablet as well as give Amazon some profit. To add to that profit, it could also apply purchases through its Kindle bookstore and items you might buy from the Amazon store. And then add in any Amazon cloud service revenue and advertising and you can see how this could possibly be done. I could not confirm that this model is locked in, but it appears that it’s being highly considered.

From the report, a bill of material costs along with manufacturing costs, shipping, and tariffs was drawn up and put the likely cost of an Amazon tablet at around $300, dependent on specifications. Stripping $50 from the original price, Amazon could begin to tempt its customers with a $249 tablet, a price that would undercut nearly every tablet vendor, not just Apple, Motorola, Samsung and HTC, which are already marketing devices at around the $400 mark and higher.

Amazon has over 250 million credit cards linked to its website that can be tied to its Android Appstore and Cloud services. With an existing revenue stream centred about applications, but also music and movies, adding the Cloud Drive and a platform that allows third-party sellers to sell their products on the main website, Amazon has many opportunities to recoup the $50 lost as a result of its price cuts.

Bajarin puts it at just six months, but it would be different for each of Amazon’s customers.

The beauty of a loss-leading tablet for Amazon is that it would be almost impossible for its rivals to copy. Amazon, with its established ecosystem, trusted presence and customers all over the world, would deal a huge blow to other Android tablet makers – which are already finding it almost impossible to compete with Apple – as they would typically not be able to follow suit with drastic price cutting of devices that are simply not in demand.

Despite going on sale in November 2007, Amazon has yet to comment on how many Kindles it has sold in the three and a half years the device has been available to consumers. Analysts peg sales at around the 20 million unit region, as Amazon continues to partner with retailers but also mobile carriers to extend its reach both on and offline.

Loved by commuters for its size, portability and storage capacity, the Kindle succeeds because of its low price-point and its ability to provide enough features for users to not only read electronic books, but browse the internet and have their favourite website feeds delivered to their device via 3G or the device’s in-built WiFi.

Amazon will be able to deliver that, plus apps, videos, music and file storage.

I mentioned earlier that Amazon is thought to be working hard on developing a tablet that is the best e-reading tablet device on the market. To do so, the company has leaned on the supplier of its Kindle display panels, E Ink, to provide Fringe Field Switching panels, which are produced by its subsidiary Hydis, to create an LCD panel that will be able to deliver crisp colour graphics, video and a range of dynamic content. Great for a tablet, but it’s not exactly the e-ink technology that the company uses in its Kindles.

With Amazon able to tempt existing Kindle customers to a large-form tablet device with the promise of e-ink capabilities, the company will not only raise the interests of new customers, enticed by the promise of a powerful, unique and cheap tablet device, but it will give itself every opportunity of converting existing customers, the most important demographic to the retailer in terms of money spent and brand loyalty.

Price is certainly a limiting factor, but when Amazon can side-load adverts for its new devices and list them in the “Customers also bought..” sections in its product listings, customers will suddenly be faced with an experience that no other tablet vendor has been, and may not be, able to deliver across a website that lists millions of individual products.

It is assumed that Amazon will utilise the Kindle business model because it has been proven to work, that doesn’t necessarily mean that the company will see a similar explosion in sales of its tablet devices – although it looks like the company has planned a massive launch, issuing orders for over 2 million touch panels.

If the model doesn’t work, Amazon has many years of marketing experience that would enable the company to pivot, amend its sales process and couple tablets with purchases of luxury items and subscriptions to any number of its services.

Sources close to HP told The Next Web that the the webOS team wanted to drop the TouchPad and Pre hardware before it was even released, Amazon has made sure that this will not be a problem. The retailer’s devices are rumoured to sport the latest quad-core processors, unique display technology and utilises the Android operating system, a platform that consumers have not only come to love but continue to do so.

There won’t be an HP-style fire sale when Amazon finally enters the tablet market but the company will certainly hope consumers react to its pricing in the same way as the reported 350,000 TouchPad buyers did over the past few days.