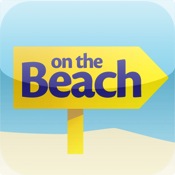 As everyday mobile data use increasingly becomes the norm, it can be a real wrench to go abroad and suddenly find yourself without access to email, apps and the Web.

Yes, roaming charges for mobile data are so expensive that generally, the only thing to do is to switch off your phone’s Internet connection completely. Your smartphone becomes a dumbphone from the second you touch down in a foreign land to the moment you arrive on home soil.

As an example of the stifling level of cost, just look at US network Sprint. Visit the UK from the USA and you’ll be paying $0.019 per kilobyte, which doesn’t sound much until you work out that it’s $19.46 per megabyte! Meanwhile, the UK’s Orange network will charge you £8 ($13) per megabyte if you visit the USA. These are just two examples of prices so high that they make using mobile data abroad impractical for all but the richest people, but the situation is practically universal.

Why mobile data is so expensive abroad So, why do we end up paying so much? “Because historically it’s been an absolute arse to manage,” explains plain-speaking mobile industry expert Ewan MacLeod, who runs the website Mobile Industry Review. “If you remember back to a few years ago, it was virtually impossible to get a real-time update on your data usage whilst roaming because, put simply, your operator had no idea. They had to wait until they — I kid you not — got a spreadsheet each week/month from their roaming partner to then parse the amount of data you used.”

“So this was a total nightmare to manage, logistically. It was also heavily risky – because there was no control at all. If you activated a user’s right to roam then you were basically taking a huge bet that they’d be able/willing to pay at the end of the month. So the networks could, in some cases, be left out of pocket.”

Since those days, communications between networks have improved, but it’s still complicated. Jo Gilfoy, Senior Product Manager at Vodafone UK explained to me this week how the company has deals in place with around 200 networks around the world, and terms of these deals vary. As a result, pricing isn’t a straightforward affair. Still, Gilfoy says that roaming data is a big growth area for the company, as people increasingly want to use their smartphones to stay in touch while abroad.

Despite this growth, prices have stayed high. The networks themselves are quite cagey on the subject of data roaming costs. When approaching them for comment for this article, most replied with simple, canned PR statements along the lines of this one from Sprint: “Sprint international data roaming rates vary by country. We are constantly negotiating the rates with service providers to offer our customers the best possible rate when they travel.  Sprint’s current international data roaming rates are very competitive.”

What the networks are doing to make data cheaper Vodafone UK launched a new data roaming package this week which is noticeably more generous than its previous offering, with a 25MB daily allowance, up from 5MB. The company has also put in place a notification system that tells users when they have used 80% and 100% of their roaming allowance, and capping roaming spending at £38 within Europe and £100 for the rest of the world. Once the limit is reached, the customer must send a text message to confirm that they wish to continue using data.

Vodafone UK’s Richard Mabey, who is responsible for the company’s roaming offering in the enterprise market, says that the cap is “there for reassurance. There’s still fear around roaming charges. We want to give customers the assurance that they won’t run up massive bills. While everyone can count the minutes they talk for, no-one knows when they’ve used a megabyte. These products make sure there’s no billshock.”

Other operators, such as Japan’s Softbank offer a daily price cap, but it’s still not particularly cheap

So, some networks are getting better, but roaming still remains expensive if you want to really use the Internet, rather than just quickly check your email. However, Ewan MacLeod says that the main thing holding back cheaper roaming prices is actually us – the customers. “We’re all stupid enough to continue paying. If I (as a French operator) can buy wholesale, let’s say, a gigabyte of data for – charitably – £0.30 in the United Kingdom from 3UK, then I could re-sell that capacity at double the cost to my customers (£0.60) and make 100% return. Genius. Well, no. Because there’s a precedent established, the consumer is duped into assuming ‘roaming’ costs a lot, lot more. So instead of 60p for a Gigabyte of roaming data, I might charge the consumer £60… or more likely, £600.”

We were unable to get any mobile networks to talk to us about MacLeod’s allegation. “Most networks are doing everything they can to avoid addressing the issue of cost,” he argues. “Speak to their PR and they’ll tell you it’s “really difficult” routing calls internationally. And that it’s ‘hugely expensive’. It’s not. Or, to put it another way, if it’s expensive, you’re doing it wrong. It’s simply a cash cow and they’re working really hard to keep milking it. The writing is on the wall though. They’re eventually going to have to give it up.”

In the meantime, though, a range of third parties are stepping in to offer solutions for mobile data fiends abroad, helping them avoid large bills.

Onavo is an iPhone app that, once activated, routes all your mobile data through its own servers, compressing it heavily before passing it on to you. The result is up to 80% saving on the amount of data you use, and thus the amount that you spend. The app even gives you a breakdown of data use per app.

Launched at this year’s The Next Web Conference to an overwhelmingly positive response, the Israeli startup promises that more platforms will be supported in the near future. While the data compression service is currently free, a paid subscription model is set to launch in the coming months, although the company says that savings for users will remain “significant”.

Droam gets around the ‘expensive data’ problem by giving you a completely different connection to the Internet, accessed via a mobile wireless router (sometimes known as a mi-fi) which you can rent from the company for the duration of your trip abroad. The benefit of this is that you’re not restricted to just using your smartphone – you can connect via any wi-fi enabled device, and up to five of them at once.

Rental prices are based on the country you’re visiting and how long you need the device, and you’ll need to pay a returnable €150 deposit, but the company promises roaming savings of up to 90%. On a basic package you get an allowance of 50MB per day or you can upgrade for additional data as required.

Abroadband‘s approach is to offer a SIM card, MicroSIM (for recent devices such as the iPad) or USB modem and then charge a flat rate of €0.59 per Megabyte. In order to help you control your costs, you’ll be warned once you’ve spent €60. Abroadband, which is run by A1 Telekom, an Austria-based telecoms brand, can be used in 55 countries around the world.

“If Abroadband, from a comparatively small operator – can deliver service to the market (profitably) at €0.59/mb, then you know – damn well – that your own operator can do the same. They just choose not to,” says Ewan MacLeod.

So, is there any hope of a rosy future where we can roam abroad genuinely cheaply without having to sign up for additional services first? In Europe, the European Commission has moved to cap costs, although it currently only regulates the wholesale price – i.e., what networks charge each other. What we the customers pay is still entirely up to the networks.

Ewan MacLeod sees the current situation as a mess, but he’s cautiously optimistic for the future. “I can definitely see a time when the cost will come down to 10 pence per MB and below. As always when it comes to mobile operators, I think the big groups will make the move too little, too late. They’ve already trained generations of customers to switch off their handsets or switch off data roaming when they’re abroad.”

“There will be a day – at some point – when data roaming will be a fixed-price add-on, or perhaps integrated into a higher level price plan by default, but when the operators can’t get their sodding billing policies working properly for their domestic operations (“does unlimited mean 250MB? 500MB? 1GB?”) don’t hold your breath.”