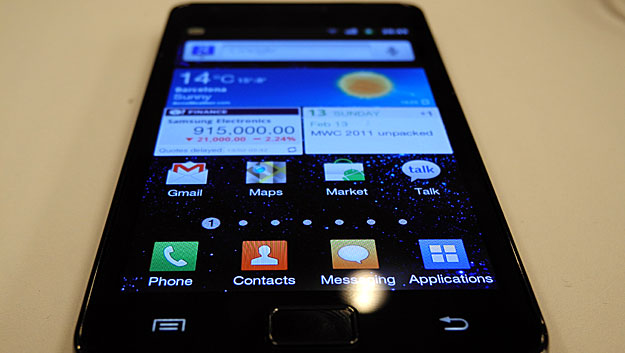 Samsung’s Galaxy S II Android smartphone has topped one million sales in Korea in its first month on sale, reaching the milestone in less than half the time its predecessor reached the same mark, Samsung has said.

The Galaxy S II launched Samsung’s home country in April, achieving 100,000 sales in just three days, only to double it in eight. Electronista reports that the handsets surpassed half a million units shipped in two weeks, before topping the one million mark within a month. The original model took 70 days to reach the same figure.

Apple’s iPhone 4 achieved 300,000 preorders in the country but the success of the handsets launch was restricted by the number of operators on which it launched. Samsung, being a Korean company, was not impacted by such matters; in fact the company reportedly punished Korean operator KT for launching the iPhone by holiding back on marketing support for its Omnia line.

Sales of the Galaxy S II are set to pick up as the company launches different variants of the device to European and North American markets.