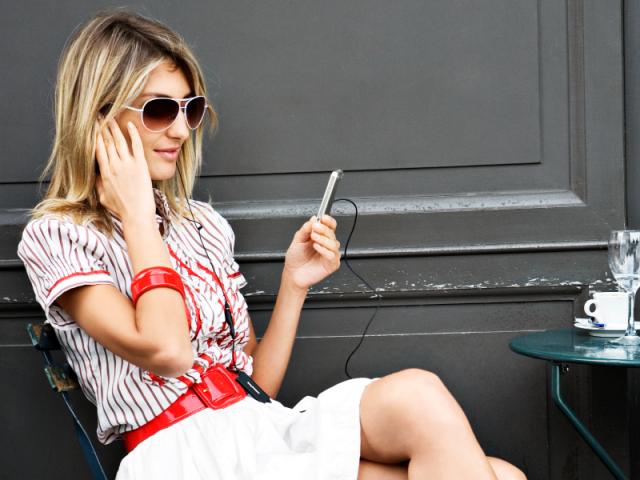 Mobile devices won’t just change how we consume music but also how it is produced. With roughly 23,000 music applications already available on the Apple App Store alone, mobile device owners will be able to create, edit and publish their own works as well as enjoy content from more established music acts.

Music labels and advertisers may find new ways to monetize the mobile music market but it shouldn’t take away from the experiences that consumers will enjoy on their mobile devices.

The personal MP3 player will seemingly merge into the mobile device, becoming your one-stop-shop for music on the move, whether it be cloud-based or a physical download.

In the coming years, the shift to mobile is only set to boom. One of the most emergent platforms will be mobile music, ushering in new ways to listen and interact with music from acts you love. Whilst it’s not known what music the music industry has in store for us over the coming years, here is what we think will happen:

The Internet has proved difficult for the music industry to come to terms with, with all of the major music labels scrambling to stop users from pirating their music. Starting with Napster and moving to the more collaborative Bittorrent and Usenet platforms, peer-to-peer networks have been blamed on the epic reduction in music sales until music labels began to license their music to companies such as Spotify and Rdio. Music streaming platforms have grown in the past few years, spurred by consumers who wish to be able to consume music as an “all you can eat” package that doesn’t require the purchase of new single or album releases. The beauty of these music streaming services are that they do not require the user to physically transport their music around with them, instead arming them with a simple username and password that can be used to authenticate and play back playlists no matter the computer or mobile handset they are using.

ABI Research believes 2016 will be the year when cloud-based streaming services will become a more important form of access to music than the ownership of albums or tracks. Exploding from a relatively low figure of 6 million subscribers this year, streaming services will grow to encompass 161 million within the next five years, a growth rate of nearly 95%. The research company puts the shift squarely at the feet of smartphone devices, with sales of such devices expected to top 1.1 billion units by 2015.

With more users turning to premium mobile music streaming services, it is likely that rights-holders will lower their royalty demands, prompting a reduction in licensing fees by the music labels and a lower overall price for the end consumer. If the music labels don’t evolve to appeal to mobile users, the market will seek out other ways to enjoy music.

I can’t imagine them doing that though, can you? The Tipping Point is near, especially if Spotify gets its long awaited US launch sorted.

Music Albums – Via A Dedicated App

Utilising the increased demand for mobile applications, music could soon be made available via an application, bundling in extra content and additional items to differentiate it from a normal music download. In March, dance act Swedish House Mafia released a new iPad application that included its new ‘Until One’ album, coming in a pound cheaper than the download on Apple’s iTunes Music Store. Featuring exclusive video content, links to their merchandise store and a visual storybook on the history of the group, users were able to experience enhanced digital content that they wouldn’t have normally been able to view without searching for them separately.

The beauty of using an application to deliver music is that acts, music labels and promoters are able to include social media connections, link to contacts and content already on the device to enhance the user’s experience. If someone can “Like” an act on Facebook or tweet about the new album they are listening to, word of mouth advertising continues digitally, via social networks and other forms of online communication.

If new songs are released, an update can be issued and added to the listing.

As BeMarvellous point out, applications also allow acts to stream their gigs live, to millions of smartphone and tablet owners around the world. Earlier this month, UK band McFly allowed fans to download their live app, which allowed users to see the event from wherever they were in the world (obviously with a mobile signal).

Users are familiar with apps, they find the title they want and they download it. Streaming services rely on the same system to enable users to access music from the cloud. With integrated payment systems, credit card details are entered once and then referred to each time the user wishes to download a new app.

It’s not disimilar from downloading music via iTunes but with a dedicated app, music labels can incorporate additional content and interact with music fans – in today’s market, that’s half the battle.