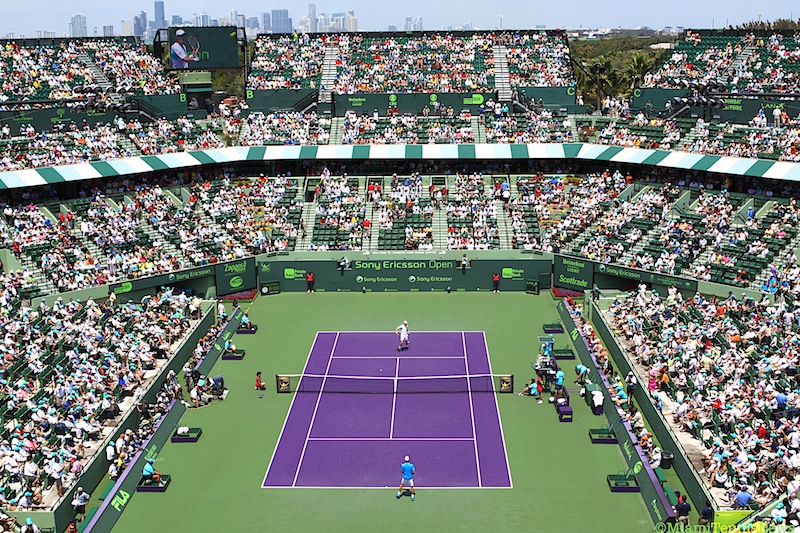 Sony Ericsson has partnered with location-based social networking service Foursquare to make the first Tennis ‘Grand Slam’ tournament of the year in Miami – the US Open – the first ever fully-integrated Foursquare sporting event.

With 300,000 tennis fans attending the event each year, Sony Ericsson will work with Foursquare to encourage attendees to check-in at the different venues at the Open, starting on March 21, rewarding them with prizes, specific Tennis Fan Badges and discounts on tickets. Users will also have the chance to win access to post-match conferences with the players and secure a personal one-on-one autograph session.

If a Foursquare user at the event is able to become the Mayor of each court at the Sony Ericsson Open, he/she will be able to head out onto the court to participate in a pre-match coin toss.

The tennis fans lucky enough to become ‘Mayor’ of each court at the event will even have the chance to win the ultimate prize – the opportunity to participate in a pre-match coin toss.

The initiative is likely to ensure Foursquare continues to dominate the check-in app market, in-turn driving sales at the event, incentivising tennis fans that might not have necessarily used the application on their smartphone device. It is a similar approach to UK-based startup ScreenReach, which encouraged football fans to vote for the man-of-the-match using their Screach smartphone application.

Read next: Apple may be creating magazine app templates for developers