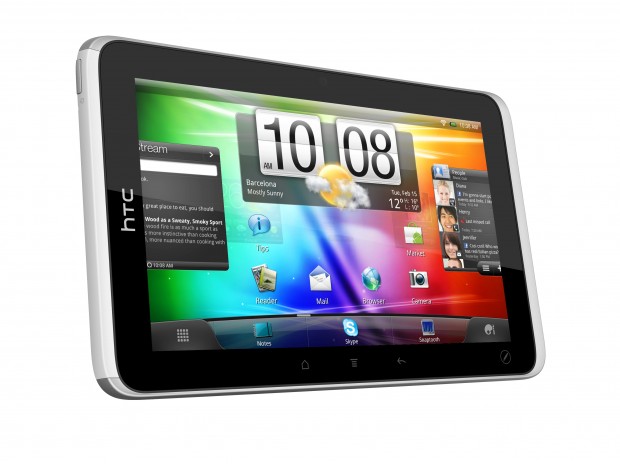 Digitimes sources a report by Chinese newspaper Commercial Times, which also suggests that despite a lack of any official pricing or release date, the HTC Flyer will cost around $600, coming in lower than the Samsung Galaxy Tab but higher than Apple’s iPad 2.

The HTC Flyer was unveiled in February, and will be the first tablet from the company that will feature the company’s HTC Sense UI. It has a sleek alumninium body and pen interaction, encouraging users to write down notes instead of jabbing away at a screen. The Flyer will run a customised flavour of the Android 2.4 operating system that will allow HTC to integrate its HTC Sense, HTC Scribe and HTC Watch technologies.

Today’s reported sales are likely to incorporate orders from carriers and retailers and will not necessarily equate to physical consumer sales. HTC expects to sell 1.5 million of its new Flyer tablet devices this year, committing to releasing two additional tablets in 2011.