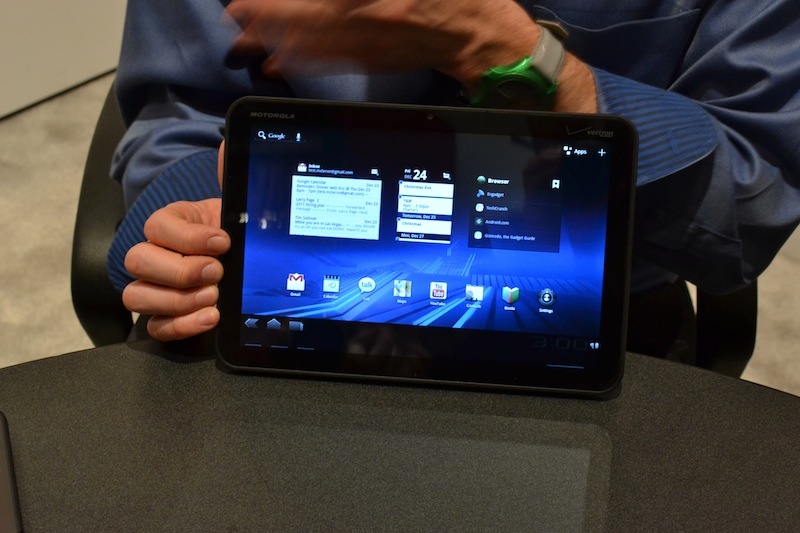 Forget taking the Motorola XOOM home to put it through its paces and experience the delight of Google’s Android Honeycomb operating system, it’s now a matter of how quickly you can install your own ClockworkMod recovery image and ROM Manager, rooting your tablet as soon as humanly possible.

That’s what Koush did with his XOOM, installing the recovery image and ROM manager, obtaining SuperUser priviledges on the device, just two hours after purchasing the tablet. Whilst we haven’t heard of any ROMs in existence, it will mean that developers and Android hackers will be able to install custom Honeycomb ROMs on their Motorola XOOM.

Credit does go to Koush for performing the feature in such a small amount of time but Motorola deserves a little bit of praise for releasing the tablet without a locked-down bootloader. By enabling a unlockable/relockable bootloader, Motorola allows developers to access the hardware on the device for development.

The Motorola XOOM went on sale on February 24, available via Verizon. Priced at $599, the XOOM initially ships with 3G capability but will receive a free 4G upgrade in the coming months.