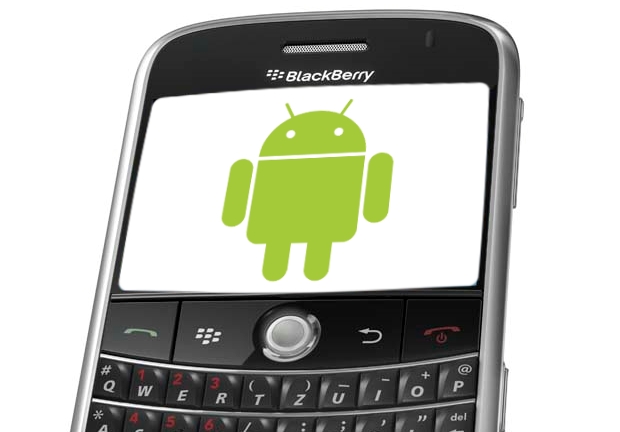 Rumours suggesting RIM was building support for Android apps into its BlackBerry operating system are beginning to sound a lot more credible after app developers ShopSavvy stated the Android version of their shopping app was found to be running on a number of different BlackBerry devices.

ShopSavvy reported deployments of its Android app on three separate BlackBerry devices; the BlackBerry 8300, BlackBerry 8600 and BlackBerry 8520 were all logged accessing the applications over a three week period, emerging from Waterloo, Ontario – which also happens to be where RIM’s headquarters are based.

It is not known whether BlackBerry OS will include the functionality or whether RIM will be optimizing its QNX operating system to run Android applications. The rumour first emerged in January stating that the company was looking into “how the existing Java environment will work on its upcoming QNX tablet and smartphones.”

If RIM is pursuing Android support, it could breathe new life into its ailing BlackBerry OS, possibly increasing demand for its new PlayBook tablet if support is included in its QNX operating system. New devices are expected from RIM soon so we can hope for some official clarification in the near future, we will continue to dig on your behalf regardless.

Read next: Motorola XOOM gets the root treatment in just two hours