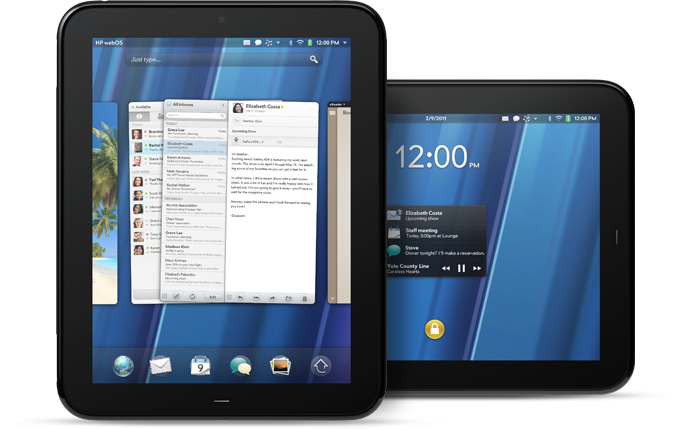 In an effort to make sure it isn’t left behind as manufacturers race to get their tablet devices to market, Digitimes is reporting that HP is to launch its WebOS 3.0-powered HP TouchPad tablet in April, possibly fulfilling orders by the end of March.

HP’s TouchPad, announced at the beginning of February, will form part of a push from HP that will see between 45-48 million notebooks and tablet PC’s shipped in 2011. An internal estimation puts shipments of HP’s TouchPad series at 5 million units.

Currently, the HP website states the Touchpad has “planned availability this summer”, which wouldn’t tally with the April launch that component suppliers are suggesting. It is possible that HP will amend its plans to ensure it has a product on the market before the new Apple iPad and the introduction of numerous Android Honeycomb tablets.

HP’s screen ratio differs from that of its Android rivals, adopting a 4:3 aspect ratio compared to the 16:10 design that many manufacturers are employing on their Android Honeycomb rivals.

Read next: Steve Jobs: Only publishers are bound by new in-app subscription rules