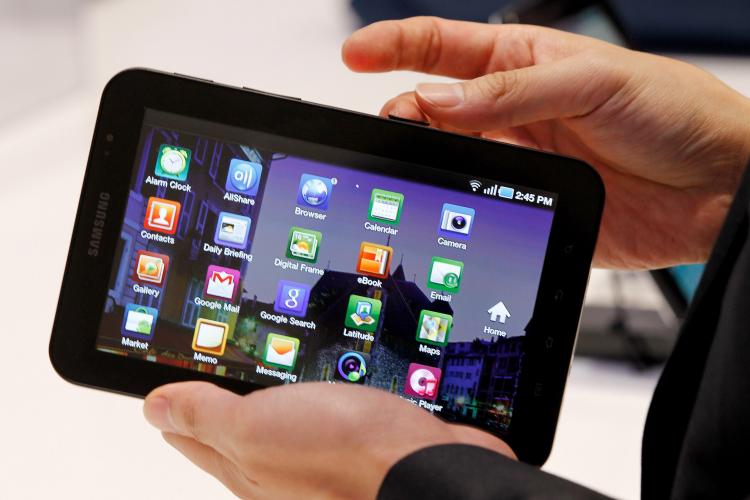 Maybe it’s a matter of necessity, or maybe it was just time for a refresh. Regardless of reason, Samsung actually had two announcements for the Galaxy Tab on the CES stage, though only one was mentioned.

When we reviewed the Galaxy Tab, we noticed that the pictures weren’t quite as good as we had hoped. That’s likely because the included camera was only a 3 megapixel device, and there wasn’t really a reason to have anything higher. Now, with integrated Skype video chat on all Verizon LTE devices, the reason exists. As such, Samsung has boosted the new camera up to a 5 megapixel version.

But that’s only the half of it. The other half comes in a speed boost, and this is likely a matter of necessity more than anything. With the LTE radio, the newest version of the Galaxy tab jumps up to a 1.2 GHz processor, over the original 1.0 GHz in the earlier models.

We’ve dug around, but not found any other changes between the two devices. It’s interesting, though, that there was nary a mention of the upgrades. What are your thoughts? Let us know in the comments.

Read next: 4 things Apple needs to improve in the Mac App Store