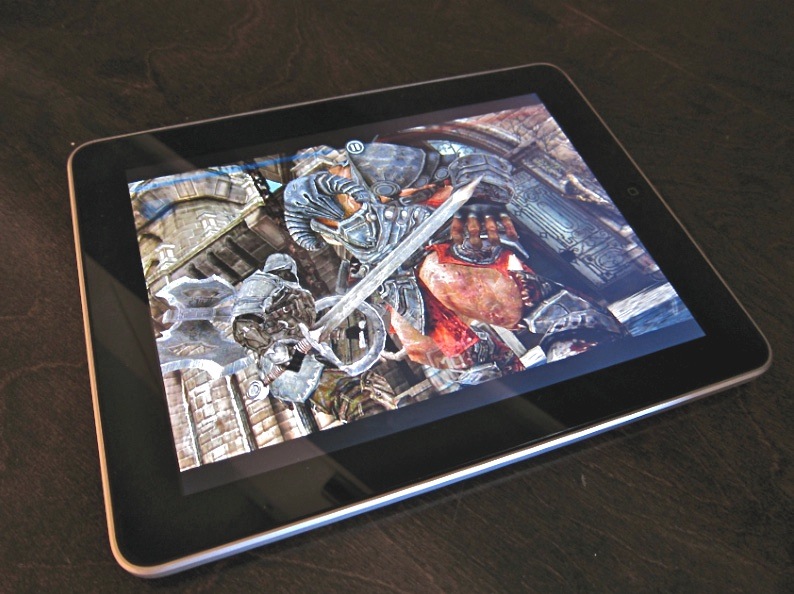 Apple’s influence on the gaming market has been demonstrated with yet another astonishing statistic surrounding Epic’s stunning new RPG sword-fighting game called Infinity Blade, a title released exclusively for iPhone, iPad and iPod Touch that has already grossed $1.7 million in just four days.

AppModo collated the GameCenter figures for Infinity Blade, taking into account 271,424 users that have registered their Apple accounts on the leaderboards for the game. Selling at $5.99, Infinity Blade is judged to have generated $1,625,829.76 in sales since its launch on December 9, making it the fastest grossing app on the App Store to date.

The previous record was held by Cut The Rope, generating over $1 million in sales over a 10 day period.

Epic Games’ award-winning studio, ChAIR Entertainment, developed the game, utilising Epic’s powerful Unreal Engine 3 technology, demonstrating its gorgeous visuals at the iPhone 4 launch event. Obviously being showcased at an Apple event has furthered the games popularity and fuelled demand but the developers must take credit for creating a game with such stunning visuals and unique gameplay.

Interestingly, Epic’s Mark Rein believes the sales figures to be even higher than what is quoted here, he tweeted that the GameCenter numbers that are being reported are quite a bit lower than the figures they have internally. This fact would further cement Infinity Blade’s position as the fastest grossing app ever.