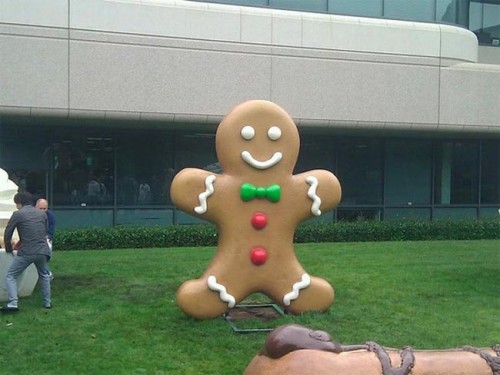 If you are an Android fan, chances are you are aware that Google has been working hard on the latest update for its increasingly popular Android operating system, keeping all of its information close to its chest in the process.

Due before the end of the year, the Gingerbread update is said to quash a number of bugs, introduce a new open source video codec that can possibly replace Flash, support Near Field Communication (NFC) add more features to the built-in navigation software, support HTML5 and introduce new elements to the default User Interface.

There was no word on a release date, until recently.

Slowly but surely the pieces of the Gingerbread puzzle have come together and it has become apparent that December 6 will be a big day for Android, it is very likely that Google’s next Android update will be unveiled today.

Later today, Google VP Andy Rubin, the man many see as the driving force behind development of the Android operating system, will take to the stage at the D: Dive into Mobile conference, an event founded by All Things D writers Walt Mossberg and Kara Swisher. Here, Rubin is expected to leverage the opportunity to confirm the release of Android 2.3 (Gingerbread), discuss its features and supply us with a release date.

This would confirm comments made by Google CEO Eric Schmidt, who noted that Gingerbread would be available within “the next few weeks” when he attended the Web2.0 Summit in San Francisco last month.

Also providing us with evidence is Rohan Shravan, CEO of Notion Ink, a company that is set to release a new tablet device that will run Google’s latest Android update. Writing on a blog post, Shravan includes a very interesting final bullet point to his list of updates, one that reads:

6th December is another big day for Android and you will find out how fast Notion Ink can work. (Eden is extremely compatible with 2.3)

Whether Gingerbread is announced today remains to be seen, we certainly think the evidence is very compelling. Conference handbooks will begin to be handed out in a matter of hours, maybe then we will have the confirmation we need. Stay tuned.