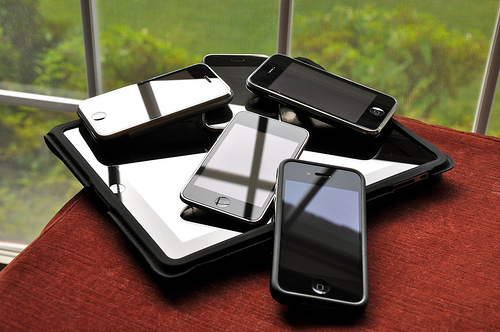 Research by phone recycling comparison website Sell My Mobile has found that almost nine in ten British households have at least one old mobile phone stored away in their homes that has the potential to earn its owner money via resale.

The mobile phone recycling market is booming with many families deciding to cash in the value of their old mobile phones. Sell My Mobile predicts that selling different phones to specialist companies could generate over £750 for their owners, putting money back in the pockets of consumers as they look to spend during the Christmas period.

The survey polled one thousand people, highlighting the high turnover of mobile phone handsets within the UK. Whilst every handset has a resale value, its modern smartphones that are the most highly valued devices, old Apple iPhones can fetch hundreds of pounds.

Sell My Mobile puts the iPhone 4 at the top of its most valuable devices, giving its owners an average of £390 from phone recycling companies. If you have a Sony Ericsson Z300, however, it might be worth holding on to it, it’s only worth one pound.

Read next: China's Counterfeit Crackdown: Is this one for real?