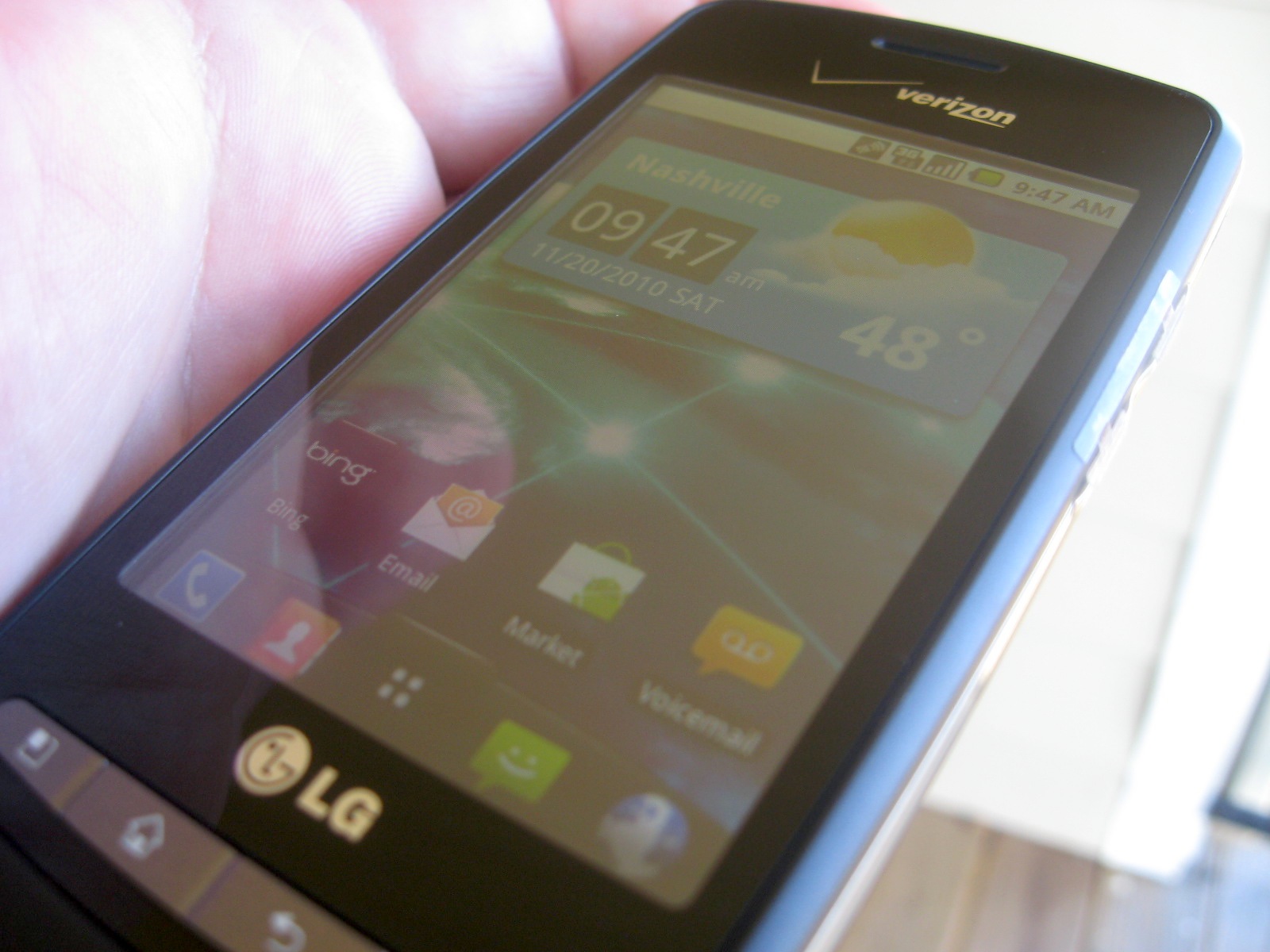 When you’re talking about Android phones, it’s usually a story of keyboards and massive screens. LG is taking a different approach toward Android by offering the Vortex. LG’s Vortex is a small, Android-based device running 2.2 on a 600 mhz processor. Featuring a 3.2 megapixel camera and a 320×480 capacitive touchscreen, it’s not the highest-end Android device you’ve ever seen, but it’s not meant to be.

Pictures on the Vortex come out acceptable, if not great. Low-light pictures, however, are nearly impossible. The touchscreen is a bit frustrating, as it feels like a harder push is required for it to respond than what we’ve seen. However, it’s bright, crisp and very readable.

Our initial feeling is that the Vortex is a great phone, given its $80 price point. The sole complaint that we have is that it’s been de-Googled because of the Verizon/Bing agreement. That means you’ll be using Bing as the default search for both typing and voice.

We’ll dig in and see what we think after a few days with the Vortex, but from what we can see so far, it’s probably a great choice for someone on your list who want a solid smartphone and isn’t an Android aficionado.