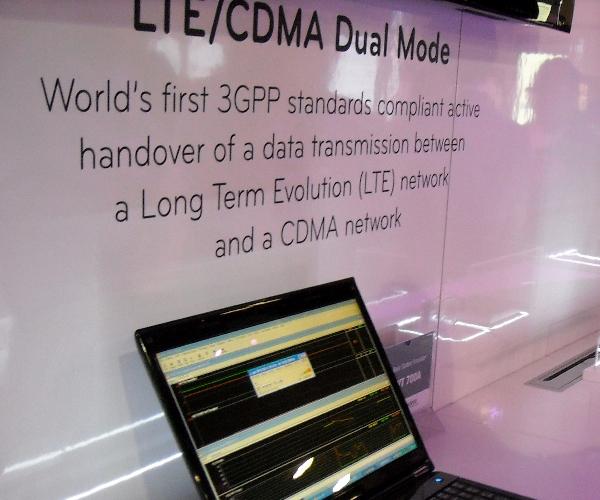 A couple of weeks ago when I sat down with Karen Schulz from Verizon, we talked a lot about LTE and Verizon’s future with the product. While Verizon sees the service as more of a device-to-device product, Schulz openly admitted that Verizon was having to walk in the dark a bit about how it will be used and how people will pay for it.

In a twist that we typically don’t see from wireless carriers, Verizon’s CFO Fran Shammo tells the Wall Street Journal that a tiered answer, in both speed and consumption caps, might be the solution:

LTE, which Verizon is planning on having active in nearly 100 locations by the end of 2010, would enable the company to limit speed, consumption or both. Interestingly, the same feature should be available to carriers on a 3G network which makes us question why Verizon would need the LTE network to be in place in order to make this happen.

The likely answer comes down to necessity. With the higher speeds, the available bandwidth will go away faster. Verizon, understanding the limited resource available to it, will likely find it necessary to offer lower speed plans to those people who wish to consume more over the billing period.

As noted by The Journal, LTE can theoretically deliver speeds between 1 and 12 megabits per second. In real-world testing, Schulz tells me that LTE is providing a top-end speed of closer to 8 megabit per second, which rivals speeds of most home-based DSL. The temptation, obviously, will be for people to drop their home DSL package if the price for unlimited data is “right”.

That unlimited data package, however, is exactly the issue at hand. While the carriers have continually stated that it’s only a small percentage of users who would blow past the typical 5 gigabyte per month limit, that small percentage is TNW’s audience. This is why we’re especially interested to see what will happen with LTE. Verizon is, far and away, the carrier with the most power in the US and whatever standard that it sets is likely to be followed by the rest.

Read next: Netflix CEO: "Hulu Plus could become a competitor over time"