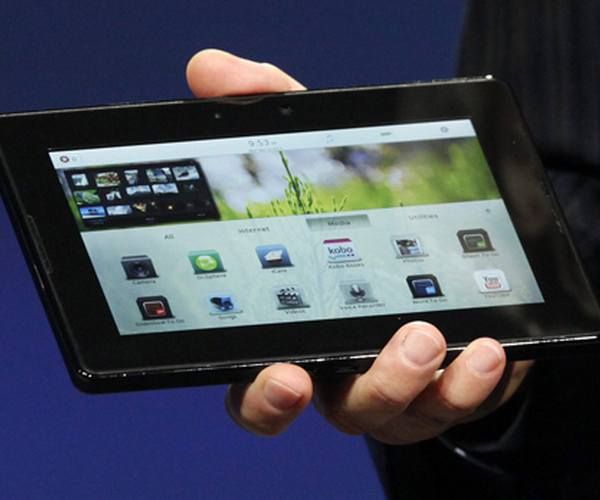 Oh dear, we don’t usually get this level of intrigue from any company except Apple, but today RIM is in the conspiracy spotlight.

Just what is going on? A lone hacker has put together a list of reasons as to why he thinks that the BlackBerry Playbook, the forthcoming RIM tablet, is not a real device yet, and that the company has been masquerading with dummy devices and well rendered spec footage.

Why does he think this is the case? In the commercial advertising the device, the actual gadget is never shown, something that is downright odd. The device was actually never itself demoed on stage, it was all on screen. An exec held one of the purported slates during the talk but never touched its screen. Even more, the tablet’s screen in his hot little hands never changed throughout his talk. No touch and no change, that is fishy.

Finally, no one has touched the damn thing. BlackBerry put it in a glass case plugged into a wire and looping pre-recorded video. Our hacker speculates that:

No one in the public has even been able to touch the PlayBook. What did the attendees of the PlayBook announcement get? A device encased in glass playing videos. The new OS isnt shown once, just a repeating video ad. Why not let everybody test out that amazing screen and new os? Judging by the video, that glass encased PlayBook with the wire attached could just be a dumb lcd screen. Is there a single shred of evidence to say otherwise?

If you have the interest, we recommended that you read the speculator’s post. Expect BlackBerry to ignore this if it is true, and deny it otherwise.

Read next: ActiveInbox turns your Gmail into project management nirvana