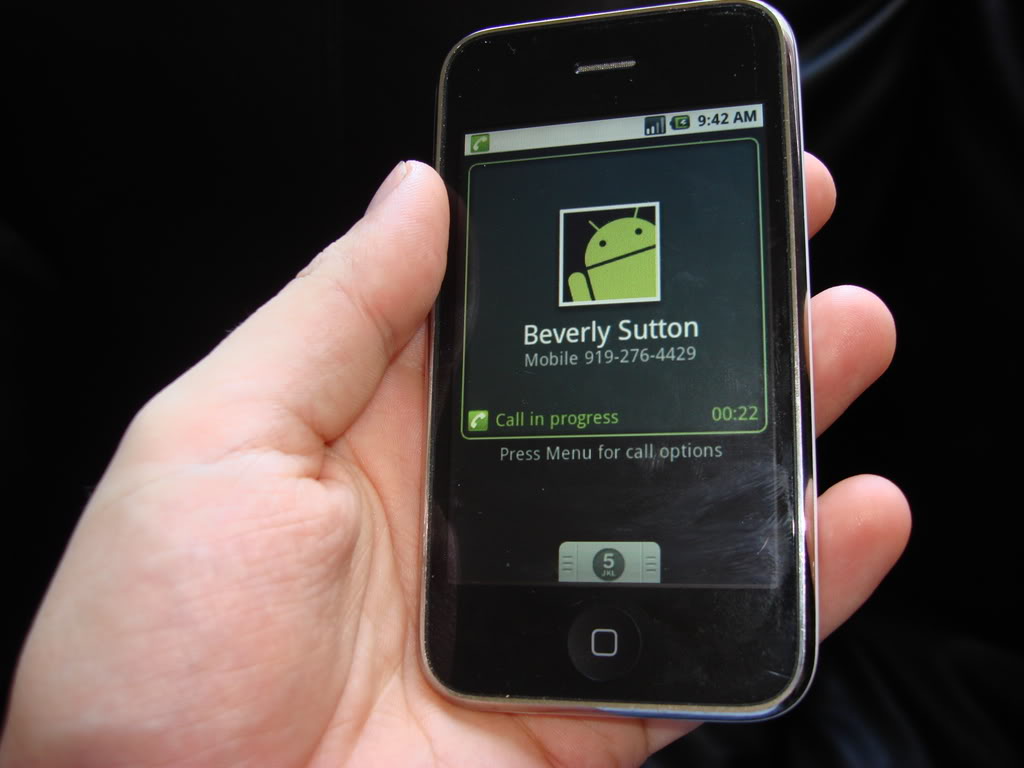 It didn’t take long, and nobody was surprised, but the iPhone versus Android battle has heated to a level that has become nothing short of a “mine’s bigger than yours” match from both sides.

Here’s the fact – neither Apple nor Google are going to “win” this supposed battle. Sure, they’re both in competition with each other, but the threat to both sides is something that likely doesn’t even exist yet. Getting down to brass tacks, both for the mobile phone and tablet markets, each platform has its strengths and weaknesses. When the iPhone hit the market, there was no doubting that it changed the face of what we would come to expect from our phones. It wasn’t going to be good enough, any more, to simply have a phone that could also play music or maybe had a QWERTY keyboard. From that day forward, a new bar was put in place, not just raised from an existing point.

Following in the style that is typically reserved for Apple, Google brought the Android OS to the market after someone else (Apple) had released a near-perfect platform. Where Apple will typically start sparse and then add features once they’re perfected, Google took that path with Android. Though nobody is foolish enough to believe that Android is perfect, Google took its time and made sure that it brought to life an operating system that was at least competitive.

Over the past year, we’ve seen the two companies bounce back and forth with features, numbers and claims against each other. There is no other major competition right now, so each remains laser focused on its counterpart. Apple was the first company to bring a viable tablet to the market. Say what you will about the other offerings, but nothing has had nearly the success as the iPad, and that’s not due only to Apple fanboys. The device is good, and very few can deny that with any sort of proof.

Google, inadvertently, has entered the tablet market as well. The recent looks at Android-based slates have added validity to the competition, and will prove to be the first “real” choice to be offered.

The problem, of course, comes in that fact of inadvertent. Google has stated, with no uncertainty, that Android is not the ideal choice for a tablet OS. However, it won’t stop the tablets from coming to market and it shouldn’t stop their success – it’s likely that only carriers and poor pricing schemes will be able to do that.

There is no doubt in my mind that this story could have been dramatically different if the carriers would have played a better role. Apple’s single biggest mistake was to release the iPhone exclusively to AT&T in the US. Verizon is raping the Android OS to the point of being unrecognizable and Samsung is releasing a “top of the line” device with an out-of-date version of the operating system.

In order to get past the mess that the carriers have created, manufacturers need to stand up and be counted. Thus far, Apple has been a bit better about this than Google, but it has still failed miserably (at least in the US market)

It’s time to stop the argument about iPhone versus Android. It’s a futile effort, driven by obnoxious voices from both sides. The real question, at this point, is “who’s next?” We’re continuing to see offerings from RIM, Nokia is still making some of the best looking devices in the world (with the worst OS) and there are upstart companies that still have a chance with ideas of their own.

So here’s your chance – tell us who’s next.

Read next: TEDxVancouver Accepting Applications for Attendees and Speakers