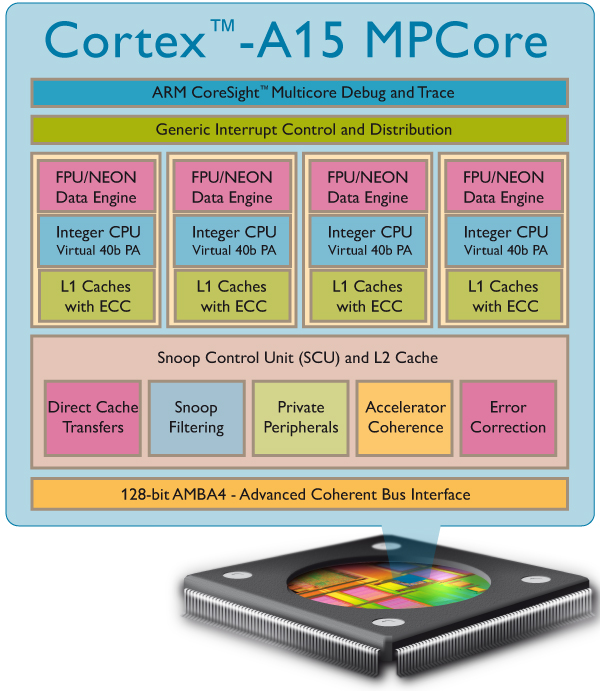 If you own a model smartphone, you will recognise how fast they can be, especially now that processing speeds are starting to reach 1GHz as standard.

ARM, the creators of most modern mobile processing architectures, have announced the launch of its new mobile processor, the Cortex-A15 MPCore CPU that can will feature speeds up to 2.5GHz, increasing performance beyond modern day chips by up to five times.

The new processor will be highly scalable, energy efficient and cost effective, allowing companies to license the technology to manufacture 32nm and 28nm chips.

Whilst smartphone manufacturers will undoubtedly look to incorporate this new technology into their handsets, the processor will also be perfect for use in tablets and in home entertainment devices.

Can you imagine using a smartphone that can pack 2.5GHz? It’s the equivalent of two and a half Nexus One’s. I would like to see how battery life fared with one of these CPU’s powering a device though.

More technical details can be found on ARM’s website, here.

Read next: VLC for the iPad submitted to App Store, could ship next week