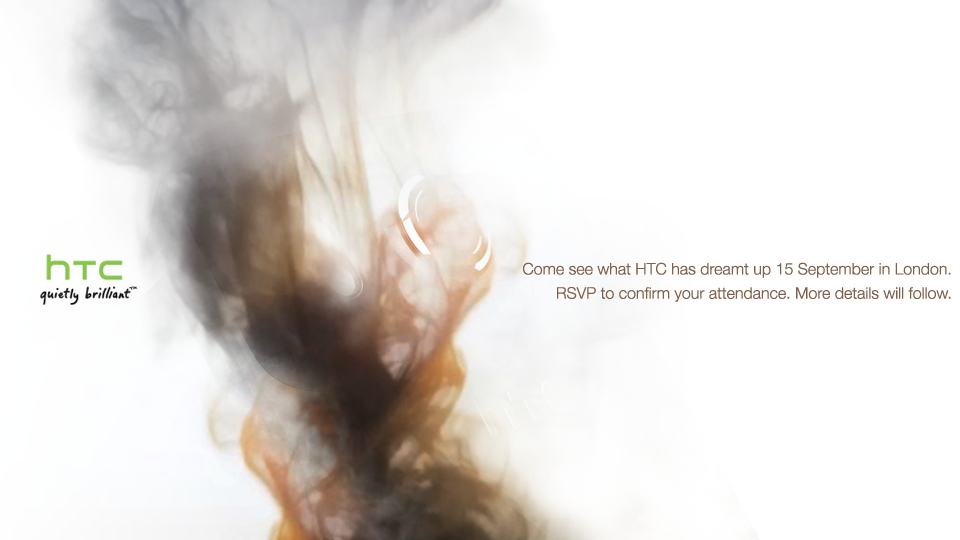 Update: We have evidence that the handset that is going to be unveiled will be the HTC Desire HD, click here for details.

A mysterious invite popped up in our inboxes this morning from HTC, inviting us to see what the mobile manufacturer “has dreamt up”.

The event, hosted in London on the 15th September, will be see HTC unveil a new handset, but what will it be?

We have seen quite a few leaked shots of the HTC Desire HD in the past couple of weeks, we have also heard reports that the HTC Vision is on its way, a handset that is part of T-Mobile’s “Project Emerald” in the US going under the guise of the G1 Blaze.

The invite, although light on wording, uses smoke as its focal point, this could lend credibility to the Blaze making an appearance.

It could even be the first official announcement of an HTC Windows Phone 7 handset.

Stay tuned, we will be there and will be sure to report whatever is unveiled.

What do you think will be unveiled? What device would you like to see?