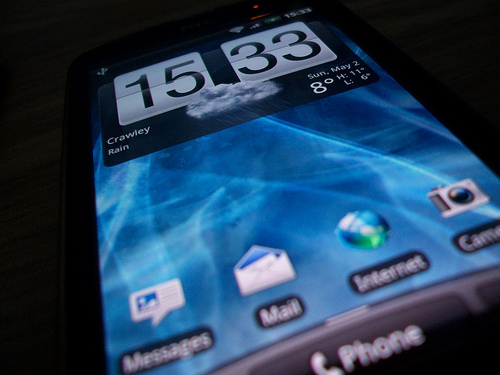 HTC has released a statement, finally confirming that European HTC Desire owners will be getting their Android 2.2 OTA updates this weekend.

The update is currently only available to those that own an unlocked HTC Desire but will include all of the usual Android 2.2 features plus a upgrade of HTC’s Sense UI, 720p video capture, app sharing and enhanced HTC Caller ID. One of the most notable mentions is the availability of iTunes sync via its very own HTC Sync application.

Handset owners who obtained their Desire via an operator will have to wait for their providers to test and implement their branding before release. HTC envision the updates to come “in a few weeks time”.

“The Android 2.2 (FroYo) update for HTC Desire will start rolling out across Europe this weekend. As well as including the complete set of Android 2.2 features, the update will contain a few special additions of our own through the latest iteration of HTC Sense. The update will provide 720p video capture, HTC’s App Share widget, as well as our enhanced HTC Caller ID, and improved multi-language keyboard. Also, through the update, HTC Sync will allow HTC Desire users to sync their music with iTunes.

HTC Desire users will be notified that the over-the-air update is available to download when their phone automatically checks for software updates. The update won’t delete any of the phone’s content. However, due to the size of the update, we would advise using a WiFi connection to download it wherever possible to avoid additional data charges.

This update will initially roll out to unlocked HTC Desire handsets. Operator specific versions of the update are undergoing testing and we expect to make them available in several weeks’ time.”

Read next: iPhone and Android chatting about the honeypot: