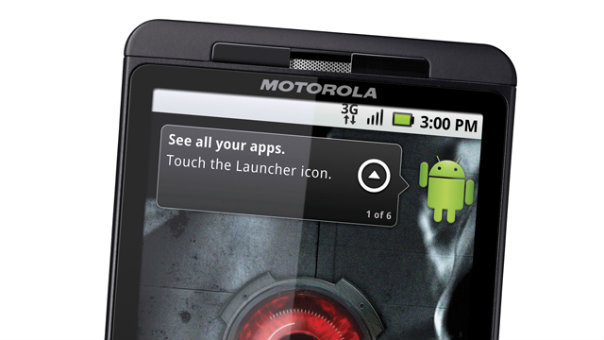 Yesterday, we reported with on the suggestion that the Motorola Droid X would enter a “bricked” state if the bootloader on the device was tampered with.

The issue stirred up controversy amongst our own writers and the Android hacking community – groups of developers who were accustomed to modifying their Android handsets to include extra features – because, ultimately, a slight modification would render their device useless.

The guys over at Engadget contacted Motorola for clarification on the matter, and whilst the Droid X is set to shut down if an authorised bootloader is present on the device, the phone won’t be physically affected in any way.

“Motorola’s primary focus is the security of our end users and protection of their data, while also meeting carrier, partner and legal requirements. The Droid X and a majority of Android consumer devices on the market today have a secured bootloader. In reference specifically to eFuse, the technology is not loaded with the purpose of preventing a consumer device from functioning, but rather ensuring for the user that the device only runs on updated and tested versions of software. If a device attempts to boot with unapproved software, it will go into recovery mode, and can re-boot once approved software is re-installed. Checking for a valid software configuration is a common practice within the industry to protect the user against potential malicious software threats. Motorola has been a long time advocate of open platforms and provides a number of resources to developers to foster the ecosystem including tools and access to devices via MOTODEV at http://developer.motorola.com.”

eFuse, a system developed by IBM, is designed to shut down the phone when an unauthorised software is present but allows the user to restart the phone until an official bootloader is loaded. Reports had indicated that eFuse would be able to interact with the device on a silicon level, altering circuits in the process.

Whilst this is still a significant hinderance to the Android community, a soft-lock has never stood in the way of mobile hackers. Many people are looking to push their Droid X devices beyond the stock builds, don’t expect the handset to remain unmodified for long.

Read next: Want A Nexus One From Google? Hurry, The Last Shipment's Just Come In