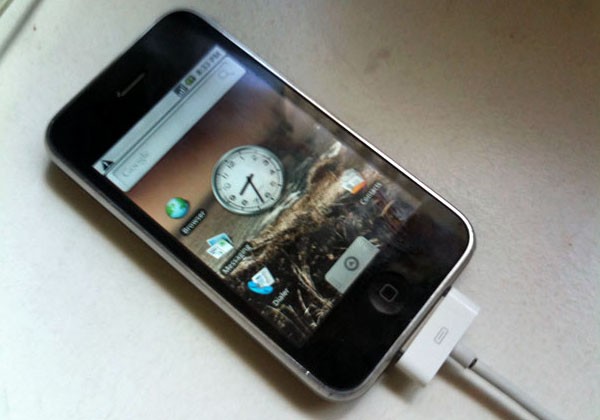 Last month we reported that an enterprising young hacker named David Wang had managed to successfully port Android on to the Apple iPhone. Wang noted the release wasn’t far away from making his work available, just that he needed time to clean his code before releasing the binaries for public consumption.

Today sees the release of these pre-built images and binaries, allowing any iPhone 2G or 3G owner to head down the rocky road of hacking their device with a little bit of command-line magic. Wang has teamed up with PCWorld and has written a detailed guide, taking you through each step of the process.

Be warned, the process isn’t easy and the results are less than spectacular. Those brave enough to try and free their devices from the iPhone OS will need access to a Linux-based machine to compile binaries and a little bit of iPhone savvy to put the handset into DFU mode and its associated processes.

Whilst you will get most Android functionality, the iPhone will only last around two hours on a full charge as Wang hasn’t yet been able to configure the power management settings for his Android port.

If you have a spare iPhone laying about and you fancy yourself as a bit of a DIY hacker, head on over to PCWorld and read Wang’s “How to Install Android on Your iPhone” guide, download the associated software and stick it to Steve Jobs.

Oh, I do have to mention that putting Android on your iPhone is illegal and will invalidate any warranty you have with the Cupertino based company….but you’ll probably do it anyway.

Read next: HP webOS Tablet Is A Go, Could Launch By End Of Year