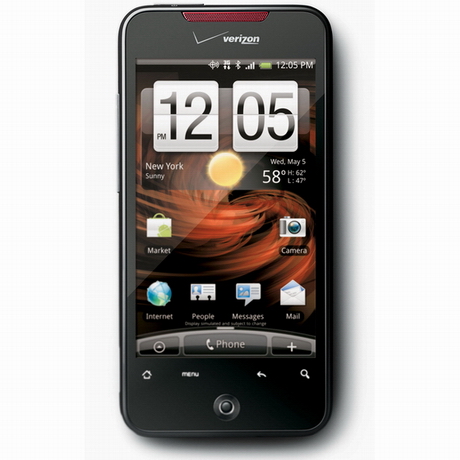 The Droid was popular, ushering in new waves of Android adoption around the United States. Today the Droid Incredible, the “next chapter in the Droid saga” goes on for sale on Verizon.

That’s right, no more pre-order. If you had been waiting for this day, you can go out and pick up the phone now. What is this Droid Incredible and why should you care about it? Put simply, it looks like one amazing device.

As a current owner of the original iPhone, I have become accustomed to taking impossibly bad mobile pictures. The Incredible has an 8 megapixel camera. It sports a 1 gigahertz processor, and 8 gigabytes of built-in memory. The list goes on, and on.

And since the phone is Android based, it will eventually run Flash. In short, if you never found the iPhone appealing, and were skeptical of early Android phones, the Incredible is their exit from adolescence. This phone has the goods.

That of course will not sway the Apple faithful, especially when it is widely expected that a new iPhone will released in the next two to three months. The Incredible might have a short time frame in which it can sell itself as a technological stand-out before the next iPhone comes along and possibly bests it.

Either way, you can grab one for just under $200 with a two-year contract. If you want to dodge the contract you can shell out a cool $530 for the device by itself.

Read next: There Can Be No Good Explanation For This