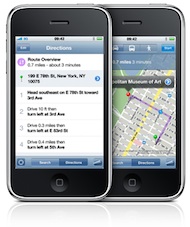 A new study from Telcordia has identified 82% of mobile users have experienced a form of mobile messaging failing to reach it’s intended target within the past 12 months.

The study, which polled mobile users across 75 countries, was conducted to highlight the consumer challenges with the delivery of SMS and MMS mobile messages in an industry that expects to deliver over 6 trillion messages in 2010.

Telcordia asserts the problems are down to how SMS aggregators or hubs handle number portability. The aggregators have difficulty routing messages to devices as they do not have the same access to the data that mobile operators keep regularly updated.

The report proposes that the first step to combat the high level of dropped messages should be to implement systems that can provide accurate routing data, in turn preventing revenue loss and increasing customer satisfaction.

Mobile operators can’t afford to dismiss the statistics tabled in this report, especially as the figures were taken worldwide across a number of countries, not a small collection of people as some surveys sample.

According to Michele Mackenzie, Principal Analyst at Ovum, mobile messaging “is estimated to account for 63% percent of mobile data revenue in 2010” with messaging revenues set to “grow by more than 60% over the next five years.”

In a time of severe competitive and economic pressures, would mobile operators want to lose their slice of mobile messaging revenue? It might be time for them to spend money in order to make money.

Read next: Announcing Mark Earls as a speaker for The Next Web conference 2010