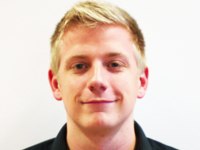 Phones have evolved to allow us to take everyday tools and gadgets and incorporate them into a little device in our pockets.

Just as the first handsets replaced long distance radio receivers, smartphones are allowing us to replace a whole host of devices in and around the home. In this article we look into some of the less obvious objects we can expect our smartphones to help improve and ultimately replace.

If you have bought a new phone in the last couple of years, it is highly likely that it will have a Global Positioning Satellite (GPS) chip built into it. Most smartphones have incorporated maps into their software but the availability of turn-by-turn directions is lacking on the majority of devices. The newer Android and Nokia powered handsets feature satellite navigation, aswell as the Apple iPhone via third party apps.

Satellite Navigation manufacturers have downplayed the effect of mobile phones on the satellite navigation market, highlighting the development of integrated solutions in vehicles that deliver more advanced features to it’s users. Whilst navigation features on a mobile phone are limited to the size and processing power of the handset, the sheer existence of GPS equipped mobile devices can only drive competition and feature development, benefiting the consumer.

Over the next couple of years we can expect nearly all phones available in affluent countries to feature a satellite navigation application, possibly eradicating the demand for portable GPS devices in the process. Gone are the days of waking up to the bells ringing on your beside table, early-risers these days choosing to startle themselves into alertness using it’s digital counterpart. For many, a mobile phone serves as a completely viable and useful alternative to an alarm clock.

Alarm clock applications are two-a-penny on the Apple App Store offering more functionality than the inbuilt clock application on the device, some bringing you a more soothing way to start your day.

Whilst older generations will stick to the methods they know and love, the sheer number and diversity of alarm applications available to smartphone owners could ensure the use of the alarm clocks are drastically reduced, if not revised to offer similar functionality at a reasonable price.

Remote controls, at least in my home, used to dominate my coffee table until I invested in a Logitech Harmony remote to consolidated them all. Mobile handsets have featured infra-red ports for a number of years now but have been gradually phased out in favour of WIFI and Bluetooth connectivity.

As television sets and associated hardware evolve to incorporate IP functionality and wireless technologies, we can expect a number of apps being made available to mimic devices such as the Logitech Harmony.

It’s difficult to imagine the infra-red remote being completely replaced but would definitely benefit people who will appreciate being able to change the channel/song/DVD chapter from another room.

Smartphones are “always on”, by default they are accessing information from networks at all times. Handsets already connect to the same networks as mobile payment terminals so to think they will be able to mimic the same functionality isn’t too hard to imagine.

Twitter co-founder Jack Dorsey has already ventured into mobile-payments via his new startup called Square. Square is a service that allows a person to attach a small device to an Apple iPhone to process credit card payments, geotag the payment locations on a map, and e-mail a receipt to the buyer.

Smartphones could soon begin to incorporate compact card readers allowing it’s owner to take payments from friends and customers (it is already available in Japan). It might not be a sustainable alternative for larger businesses but the small readers could help friends settle bets, tabs and loans in a matter of seconds.

To think a smartphone could replace your wallet is a little far-fetched, if not a little scary. In reality, your identification is already digitally stored by government databases so why wouldn’t you be able to store all of your cards and cash digitally?

As we have mentioned above, smartphones may soon have the capacity to take mobile payments and banking apps are already available for devices such as the Apple iPhone. Being able to access, authorize and make payments using your smartphone is a very real possibility.

Smartphone screens are beginning to harness AMOLED technology, delivering clearer and significantly brighter images. This could open the possibility to simply wave your smartphone in front of a reader to access travel routes and identify yourself in sensitive areas.

Soon you could leave the house with your phone and your keys, leaving your wallet at home.

The automotive industry are beginning to move away from physical car keys, instead utilising wireless fobs and proximity sensors to unlock and start a car.

The most popular smartphones don’t have the capability to remotely start a car but it has been successfully implemented in Japan. Japanese car giant Nissan, along with NTT DoCoMo Inc, Japan’s biggest mobile operator, worked together to incorporate an “Intelligent Key” into it’s mobile phones. This allowed Nissan car owners to open their car doors by standing in close proximity of the car and turn on the ignition when the driver was sitting in the driving seat.

Knowing the technology is already there in Japan, it can only be a matter of time until car manufacturers and mobile operators combine to do the same on a large scale in Europe and The Americas. Smartphones are beginning to offer large amounts of storage by incorporating both integrated storage and the ability to add extra space by way of an external SD card. External memory cards are consistently lowering in price, making it a very cheap alternative to a physical USB key.

Mobile operating systems are beginning to be deployed with file managers, allowing you to effectively deal with different types of files you have on your device. They help facilitate the transferring of files between storage card and the integrated disk, much like a PC.

Smartphones communicate with The Cloud to serve your email and social networking information, a method that services such as Dropbox employ for the backing up and serving of photos, files and music.

You wouldn’t need a USB key if your smartphone could automatically pull all of your files from The Cloud.

When you think of 3D presentations, you will automatically imagine wearing a pair of 3D glasses.

As the first 3D enabled high definition televisions are being rolled out, without the need for glasses, you can’t help but imagine being able to view a 3D presentation projected from the screen of your smartphone.

Mobile operators around the world are beginning to mobilise their 4G networks, offering super-fast connections to connected devices. If smartphones could pack in the technology, 4G networks would be able to provide significant bandwidth to allow businesses to connect with their staff and clients by way of a mobile 3D tele-conference.

Consumers would see the benefits, connecting to friends and family by way of a 3D video chat.

It’s logical to assume smartphones could reduce the need for dedicated gadgets like point-and-click cameras, mini-camcorders and MP3 players, all of which are already fully featured in most smartphones today.

The scope for innovation in smartphone technology is huge, there are lots of different features that smartphones will offer in the future. All we can do is speculate what will be the next must-have feature will be.

What do you feel your phone will end up replacing? Leave your thoughts in the comments below.

Read next: Facebook Will Rat You Out To The Cops