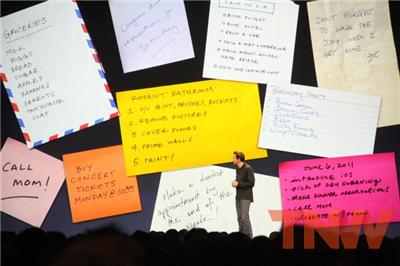 The Windows 7 Series Phones (terrible name, we all agree) have just had their covers removed by Microsoft, showing off to the world a drastically different mobile view from Redmond.

If you missed it, Gizmodo has a great walk-through, and we have high-res videos of the device.

In the last several years, while Android, iPhone, and even WebOS were all collectively pushing the boundary on new phones and mobile technology in general, Microsoft was doing nothing interesting at all. It felt like Microsoft was Palm during the Treo era: many iterations, no progress. This has finally ended.

It took us so long to get here. At the genesis, Microsoft had to drop both Plays for Sure, and the Plays for Sure model. No more odd software licensing to anyone with a plastic molding machine.  Zune had to be created, showing Microsoft that an end to end experience is the best way to server mass market consumers. Zune had to go through nearly ten software and firmware updates (some quite dramatic) to emerge out the other end with Zune 4.0 (amazing), and the Zune HD (amazing).

Only then did Microsoft have the tools and direction to build these new phones. Again, thank god.

The devices themselves are sleek, with fast beautiful user interfaces. Everyone (except the most hardened Apple eggheads, of course), is giving Microsoft a positive nod for what they have created.

Good, they owe it to us, the Microsoft defenders through the last few years. We had to suffer through Vista to get to Windows 7. We had to live through Plays for Sure to get to Zune, and its only fair that we get these amazing new phones after what Windows Mobile 6.X did to us all.

We held the fort for you Microsoft, we kept buying your products (mostly, a lot of us have iPhones). Finally, you have settled the score.

Am I going to buy one of these “Windows Phone 7 Series” phones? It’s quite likely, depending on carrier availability and price. It’s either one of these or a Nexus One. One week ago who would have thought that we could be saying that? Windows Mobile 6.X was so backwards and disjointed that only one thing could save it: a full refresh.

Check that box. Now, Microsoft makes my favorite operating system, music player, software, productivity software, and now perhaps phone. That means that in short order Microsoft might be in my phone, PMP, and computer. Welcome back Redmond, we all missed you.

Read next: Microsoft Dropping Verbal Bombs On The iPhone