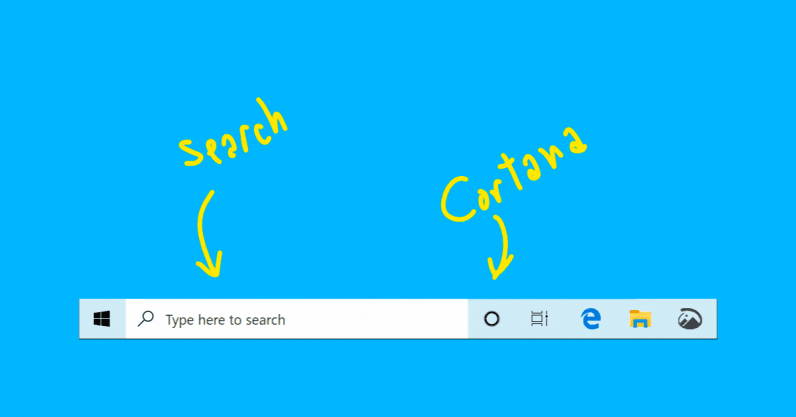 Since Windows 10’s inception Cortana has been directly integrated into the search bar. The idea was that it would make it easier for people to find answers in one place, whether through text search or voice queries. But now it seems the company has decided the tools are better off on their own.

Microsoft has testing separating the tools for a few weeks, and is giving it a wider go-ahead with Insider Build 18317. After that, it should launch publicly with the next major update to Windows 10, which is currently scheduled for April.

The company says separating the two tools should allow them “innovate independently” and better serve the people who gravitate toward either.

Microsoft’s been doubling down on improving search of late. In September, it announced ‘Microsoft Search,’ with the goal of combining its tools across Windows 10, Bing, Edge, and Office. The idea is that Search would be able to pull in information from throughout Microsoft’s ecosystem to intelligently answer queries.

Naturally, from here on out the Search bar will handle text, and Cortana will do voice. That said, I can’t help but feel the change makes Cortana feel less integrated, but we’ll have to see when it plays out when the latest version of Windows launches later this year. In the meantime, you can read more on this and other changes with build 18317 at the source link below.

Read next: Trump's media bias poll might be the most biased thing I've read in 2019