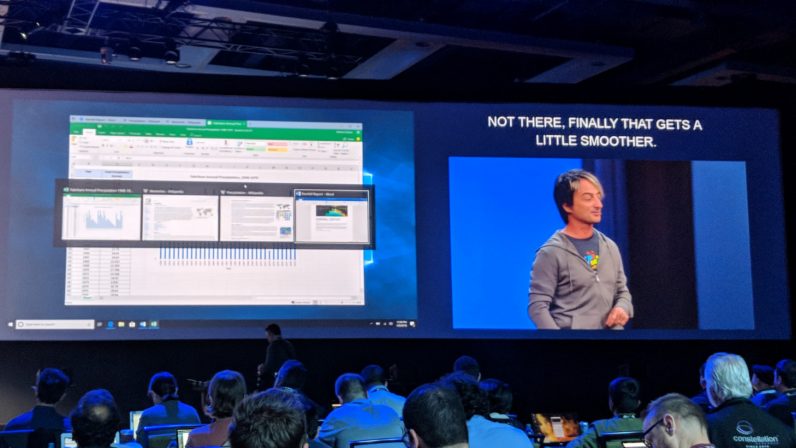 If you think about it, using a PC is kind of like working in two operating systems: Windows and your browser. I can have have five apps running in my taskbar, but then another ten web apps and sites in my browser. So things can get pretty messy.

That will someday be a thing of the past. At today’s Build conference keynote, Microsoft announced that in “the next Insider build,” – Microsoft’s beta program for Windows – you’ll see the tabs you were working on within Edge when you press Alt+Tab. It’s about time.

It’s part of Microsoft’s Sets feature. If you don’t recall, Sets is Microsoft’s way of adding tabs to full-fledged Windows apps; the idea is that you can group together different apps for a single project the way you group tabs in your browser windows. But that convenience is dampened when pressing Alt-Tab doesn’t get you straight to the browser tab you want – you need to first open your browser and then find what you’re looking for.

That said, its not totally clear if this only applies to the browser tabs within a specific Set, or if it includes all your Edge tabs. The latter could quickly become messy for those who keep 10+ tabs at a time, so hopefully there’s a way to turn it off too.

Of course, the problem for many will be that ‘Edge’ part. It’s not exactly everyone’s favorite browser, but in theory other apps should be able to do so by sending your data to the Microsoft Graph. Whether that happens is another matter entirely, but for now, it gives Edge a real convenience advantage.

Read next: A handful of new Android dev tools are the highlight of Google I/O (so far)