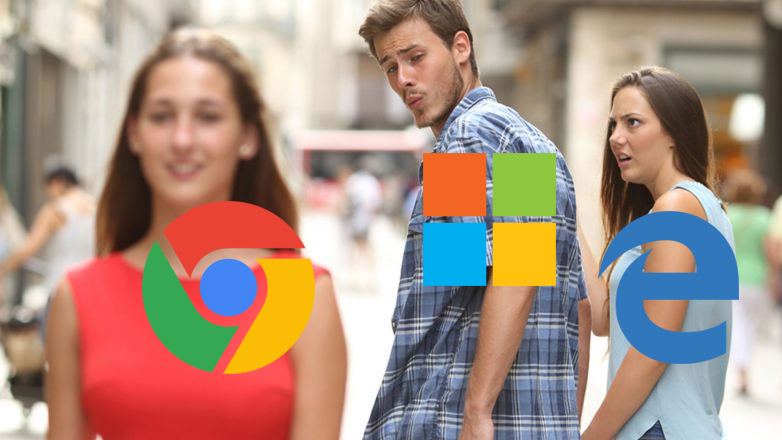 This is truly half-brutal, half-hilarious. A Microsoft employee was forced to pause his Azure presentation in the middle of a live demo session in order to install Google’s Chrome… because the company’s own Edge browser kept crashing.

But here is the best part: this comical occurrence was recorded and uploaded to YouTube – by none other than Microsoft itself.

The presentation in question aims to show potential customers how to migrate their applications and data to Redmond’s cloud service. But midway through the session, Edge crashes.

This is when after a brief moment of hesitation, the employee finally gives up and charmingly informs the audience that he’ll be taking a moment to install Chrome in order to finish the demo session, which he then goes on to do.

See what happens in the video below (around the 37:10 mark):

In all fairness, the employee handles the situation quite admirably – and the audience nothing but confirms this with numerous giggles in the back.

At some point, the presenter even jokes his blunder “is not going to help make Google better,” when prompted to share browser data and usage stats with the rival.

All in all, the whole affair continues for about three to four minutes until the employee eventually loads Chrome and resumes the presentation.

Hats off for acting so cool under pressure, whoever you are.