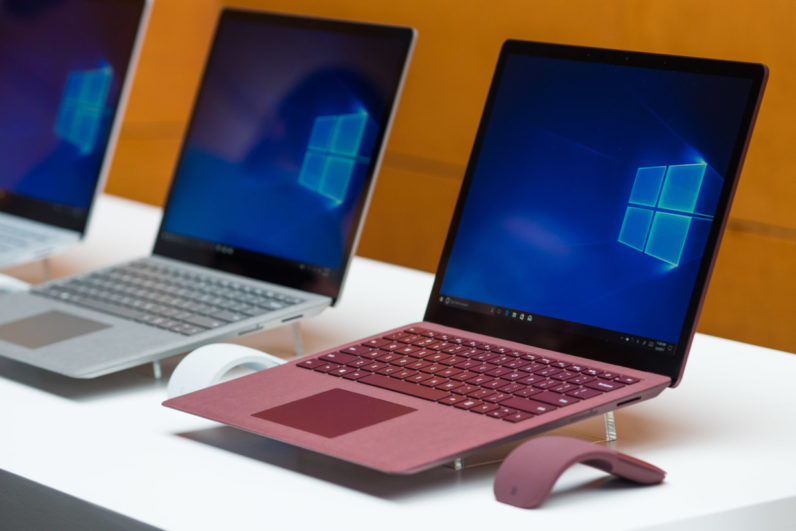 Microsoft’s been on a high streak with its newest Surface products, but one repeated complaint has been their shunning of USB-C – also known as the best connector in the world (fight me). In an interview with The Verge, Surface head honcho Panos Panay gave us both the clearest explanation of the omission, and provided a bit of respite: USB-C is coming to the Surface soon, but you’ll need a dongle for it.

According to The Verge, Microsoft plans to release a dongle that will attach to the power port on the Surface Pro and Surface Laptop, and will allow for both charging and data transfer. It means you’ll be able to charge your phone and PC with the same cable – if the charger is powerful enough.

That, admittedly, is a serious problem with USB-C : it’s not always clear to the average consumer which chargers carry enough power for larger devices. Panay cites the Surface 3: That device used a Micro USB port for power, which caused some confusion when customers tried to use their phone chargers on the device only to find it would take “10 to 12 hours” to fill up the battery.

Still, I’d argue that’s a small price to pay for the end goal of a truly universal port. Just yesterday I was able to finish an article only because I was able to use my phone charger to keep my laptop going after that battery had run out. I didn’t care that it couldn’t charge my laptop quickly – even if it was only a trickle charge, it still saved my butt. Besides, it’s not as if consumers haven’t already been dealing with charger compatibility issues for years among smartphones.

More importantly, it’s ultimately up to manufacturers to educate people on the proper USB-C spec, whether that comes in the form of warnings, better packaging, or implementing stricter standards. Rest assured, USB-C will be surely be built into Surface devices once the standard is ready, according to Panay; it’s just a shame Microsoft isn’t leading the charge.

Read next: Twitter has an interesting new strategy to get you DMing with brands