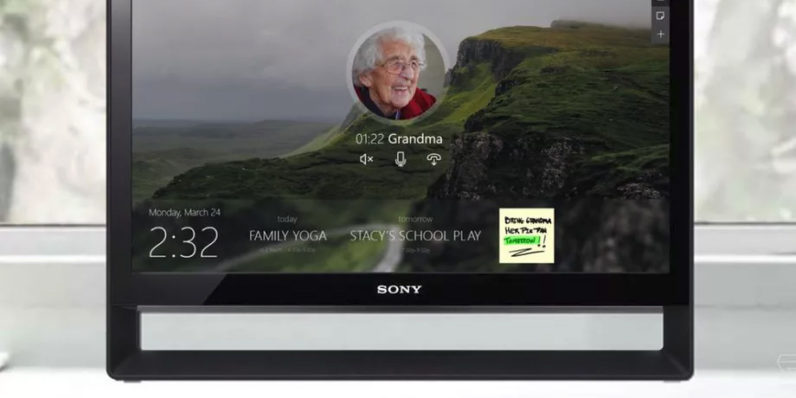 Ahead of Microsoft’s Build Conference scheduled this week, The Verge has obtained leaked plans from the company that point towards adding features to Windows 10 that will make PCs more useful for busy families.

One of the biggest parts of HomeHub will reportedly be a welcome screen that features a shared calendar, notes and to-do lists (I suspect Microsoft’s new app, To-Do, will figure into those plans). That might work well if you’ve got an all-in-one PC in the kitchen, where everyone in your family can drop by to see what the rest of your tribe is up to.

In addition, Windows 10 is expected to get better support for Cortana so it can support things like voice calls. Hopefully, Microsoft will be able to encourage manufacturers to build PCs that fit into rooms like your kitchen and living room, as well as smaller devices that can run Windows 10 and function like smart speakers à la Amazon Echo Show.

It’s worth noting that Microsoft has already worked with Harman Kardon to release a Cortana-powered smart speaker this week. However, Amazon has managed to best the Redmond giant by not only launching a video-capable Echo, but also by adding support for calls between the devices. That move will likely shape the next level of competition between tech firms who want to do your bidding at the sound of your voice.

The new feature could help carve out an interesting future for Windows 10. HomeHub is expected to arrive in a September update to the OS, and Microsoft might show off more of this plan at its May 23 event in Shanghai. Stay tuned to TNW for coverage from the reveal.

Read next: Malawi to use the OpenTrial app for citizens to access the justice system