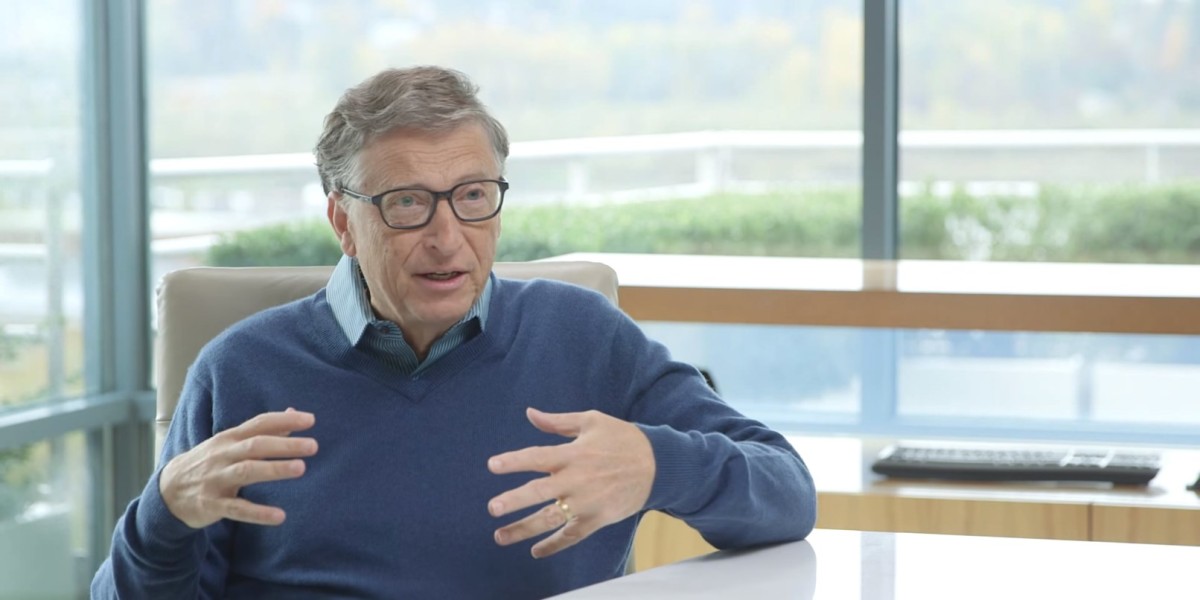 If you’re crass and materialistic like me in my better moments, I’m sure you’ve wondered what it’d be like to be the child of the richest man in the world. And Bill Gates is the cofounder of one of the biggest tech corporations on the planet. Surely his kids live in a tech version of that enormous Willy Wonka candyland, right?

Actually, according to an interview with The Mirror, the tech billionaire was more of a low-tech dad. For starters, he didn’t let his three kids — daughters Jennifer and Phoebe, and son Rory — have cell phones until they were 14. He also doesn’t allow tablets or phones at the dinner table during a meal.

He says he set no-screen times for his kids:

We often set a time after which there is no screen time and in their case that helps them get to sleep at a reasonable hour. You’re always looking at how it can be used in a great way – homework and staying in touch with friends – and also where it has gotten to excess.

Honestly, parents might be able to learn something from Gates’ approach, since evidence suggests lots of screen time might not be good for kids.

That said, tech dominates the modern world in a way that goes beyond “homework and staying in touch with friends.” Screens are a kid’s most convenient window into educational and recreational materials of every kind. Personally, my family uses their phones at the dinner table because we’re constantly talking about new movies, news stories, and trivia, and our phones are the fastest way to find facts on all of those. The conversation is infinitely better for it.

Gates’ restrictions seem mostly reasonable, but it’s a little disingenuous for the guy who makes some of the most popular electronic devices in the world to talk about them as if they’re completely frivolous.

Read next: Abandoning browser tabs is the best choice I've made for my productivity