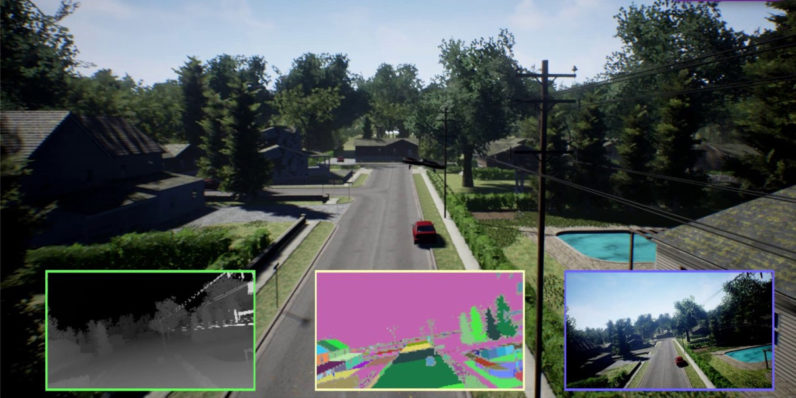 One of the biggest challenges in building autonomous vehicles is dealing with the irregularities of physical spaces outdoors: From electric poles to winding roads and bumpy terrain, there are lots of things that can trip up your creation.

With that in mind, a team of researchers at Microsoft have built and open sourced a simulation tool to help people train autonomous cars, drones and robots learn how to avoid obstacles just like they would in the real world.

It’s called the Aerial Informatics and Robotics Platform, or AirSim for short. Available for Linux and Windows, it lets you generate a random environment to train your bot or vehicle, experiment with various models and test in a range of scenarios right in your workshop.

It’s worth noting that the software isn’t designed to entirely replace real-world testing, but rather to complement it by allowing you to simulate a wide range of experiments on demand and as many times as necessary.

In addition to creating detailed environments that mimic the real world, AirSim also incorporates realistic physics systems to accurately simulate various lighting conditions and object clusters (such as a bunch of trees) to help train robotic models in understanding how to compute depth, avoid obstacles and deal with shadows and glare when navigating through outdoor spaces. It can even

While AirSim supports controls for DJI and MavLink-based drones out of the box, it’s been designed to eventually accommodate other autonomous vehicles, hardware platforms, and software protocols by simply adding modules to the software.

If this sounds like something you could use for your next crazy hardware project, give AirSim a go by grabbing it from this GitHub repository.

Read next: Amazon and Google's voice assistant speakers could soon become your next landline