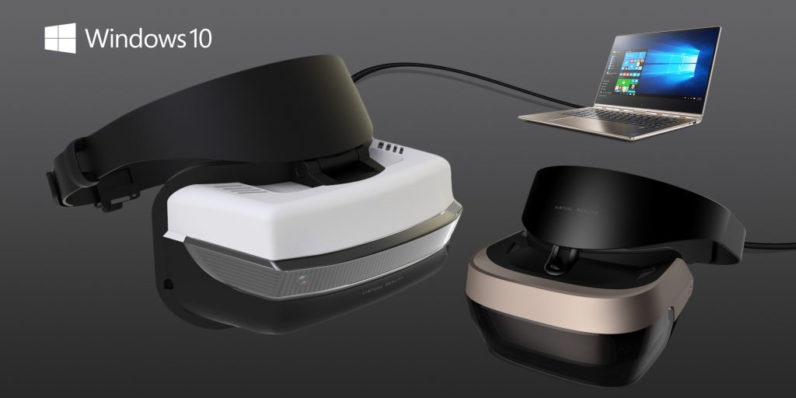 At its Windows 10 event last week, Microsoft dropped a huge bomb on the world of VR with the announcement of affordable headsets that will allow you to enjoy mixed reality experiences without the need for tracking stations and a dedicated space to set it all up.

Those headsets will be made by the likes of HP, Dell, Lenovo, Asus, and Acer, and will become available at a starting price of $300 when they arrive next year along with the Windows 10 Creators Update.

The company will reveal more details about how the headsets will work next month, when it hosts a couple of Windows Hardware Engineering Community (WinHEC) events – the first will be in Shenzen, China, on December 8-9; the second will be in Taipei, Taiwan from December 14-15.

Alex Kipman, who heads the HoloLens project at Microsoft, told Polygon in an interview last week that the Windows 10-based headsets will be able to track the rotation of your head, as well as its position in space – similar to high-end headsets like the HTC Vive, but without the need for installing base stations in your room.

He also noted that the range of VR headsets will offer different classes of experiences; referring to current-gen devices like the Vive and the Oculus Rift which require a powerful gaming PC, Kipman said, “There is a difference if you want to play Halo or you want to play Solitaire. The entry to play anything was a $1,500 PC; that’s what we lowered.”

So it’s possible that we’ll see differently powered VR headsets from Microsoft’s hardware partners – but ultimately, it’s clear that VR and mixed reality experiences will become more cheaply available with Windows next year. We’ll keep an ear to the ground next month to learn more.