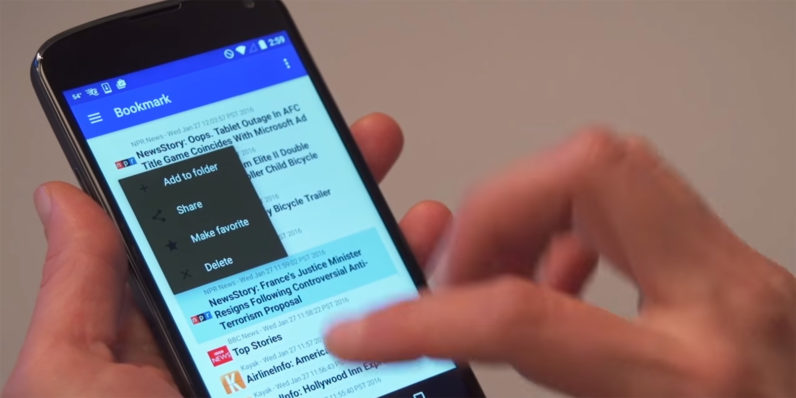 It’s not uncommon that people sometimes lose their place in a mobile app because they were interrupted by something else – like a notification from another tool – and struggle to find their way back.

A team at Microsoft Research believes it has a solution to that problem, and it’s called uLink. It’s described as a mechanism that uses mobile deep linking to generate a link and allows you to bookmark it – just as you would with Web URLs.

uLink is a new deep linking mechanism that brings the notion of web URLs to mobile apps. With uLink, users can bookmark links to app pages or search previously-seen pages with content of interest.

It also lets you search through your app browsing history. So if you came across a restaurant in a booking app, you can find it again just by typing a keyword from that page – like the city it’s located in – without having to bother swiping through the app in question to return to the page you’re looking for.

The team has implemented the uLink system on Android, and says that it requires minimal developer effort and achieves significantly higher coverage than other techniques. It isn’t yet clear if this will become available to users soon or show up on other platforms like iOS, but it’s certainly an idea worth pursuing.

Read next: Gary Vee: "I wish I didn't swear so fucking much"